I have been reading a LOT of reports over these last few days about these new 'variants' that these monsters are claiming are going to hit us hard come this summer to autumn.... And honestly, I saw this crap coming months back as these pricks running this entire scam-demic were hell bent on keeping our 'lockdowns' and bullshit 'restrictions' in place PERMANENTLY and they needed there 'excuse' for the gullible sheep out there for that to happen... And voila, here we go with more bullshit about these 'new variants' that they claimed ludicrously are 'more deadlier' than the original 'strains' of this non-existent 'deadly virus'...

Well, I was sent the link to the following report from the 'State Of The Nation' website just a short time ago by another of my great supporters who said that this one was a must see by everyone... I could not agree more, and therefore I want to present the following article that comes from the SOTN website at www.stateofthenation.co, that is entitled: "Death rate from variant COVID virus six times higher for vaccinated than unvaccinated" and is a must read by everyone... Here is that article, and of course I have my own thoughts and comments to follow:

Hospitalizations are also higher among thousands of fully vaccinated individuals who test positive for the Delta COVID ‘variant of concern.’ 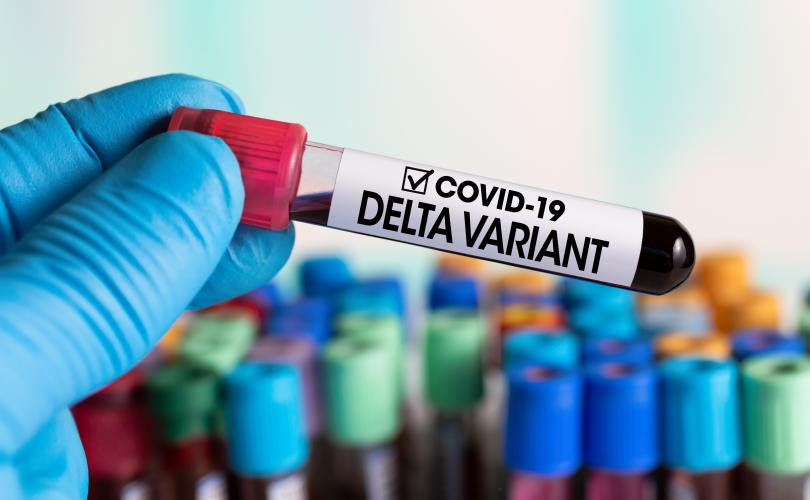 LONDON, England, June 18, 2021 (LifeSiteNews) – The death rate from the Delta COVID variant is six times higher among those who were fully vaccinated for two weeks or longer than among those who never received a shot, according to data published by Public Health England on Friday.

Twenty-six people died among 4,087 who were fully vaccinated 14 days or more before testing positive for the Delta COVID variant. This equates to a death rate of 0.00636 percent, which is 6.6 times higher than the rate of 0.000957 deaths – or 34 deaths among 35,521 positive Delta cases among the unvaccinated, according to data published in a June 18 report titled “SARS-CoV-2 variants of concern and variants under investigation in England, Technical briefing 16.”

Both death rates among the unvaccinated and vaccinated are exceedingly low (less than one percent of all positive tests) for a variant that Public Health England describes as the “dominant variant” in the UK, comprising “91 percent of sequenced cases.”

A risk assessment of the Delta variant of the pandemic coronavirus published Friday describes it as being more readily spread between people, but it is also described as a variant with “low infection severity.”

Mainstream media have latched onto the possibility that the Delta variant is producing higher hospitalization rates in parts of Scotland and England than the “first wave” of the Alpha variant, but according to the UK public health report, these data are based on “early evidence” and “limited understanding of the clinical course of the disease.”

Since hospitalizations are of concern, fully vaccinated people are being hospitalized in the UK at a higher rate than unvaccinated people. According to most recent technical briefing report, public health data show that 2.0 percent of vaccinated individuals (84 of 4,087) who tested positive for the Delta variant were admitted to hospital (including those tested upon entering the hospital for any other reason) compared with 1.48 percent of unvaccinated individuals (527 of 35,521).

This is reminiscent of the ADE (antibody dependent enhancement) phenomenon that has been seen for other vaccine and that has been expressed as a point of concern among many scientists for the COVID vaccines,” Stephanie Seneff, a senior researcher at the Massachusetts Institute of Technology’s Computer Science and Artificial Intelligence Laboratory told LifeSiteNews.

Seneff said research has shown that coronavirus vaccines alter the ways immune systems respond to infection and can activate other sleeping infections in the vaccinated person such as herpes virus, creating symptoms of Bell’s palsy or shingles.

“It is conceivable to me that the laser-beam specificity of the induced antibodies is offset by a general weakening of innate immunity,” Seneff said.

“I also suspect that massive vaccination campaigns may accelerate the rate at which the vaccine-resistant mutant strains become dominant among all the SARS-Co-V2 [coronavirus] strains.”

This entry was posted in Uncategorized.

NTS Notes: OK, Do I have to spell it out here?   Here is the truth about these bullshit new 'variants' and especially that FRAUD 'India Delta Variant':

These 'new variants' are not new strains of this phantom 'deadly virus' but are absolutely the serious adverse effects of the KILL SHOTS themselves!

THERE, I could not be more straight forward than that... And I will guarantee that this will be proven as 100% the truth the further we go into this summer and autumn as we watch the RETARDS that have stupidly taken these kill shots get very sick and DIE from those LETHAL injections... The criminals will not blame those deaths at all on the KILL SHOTS, but will absolutely blame it on these fraud 'new variants' instead!

Yes, we did indeed see this coming... I and others warned that these monsters would have this 'trick up their sleeves' months back, and now it is coming to fruition....

Once again, I truly have to ask why in the FUCK would anyone with any common sense subject themselves to the hell on earth torture of these KILL SHOTS in their bodies??   It just boggles the mind how people can truly be this stupid?   But as I have long said; You cannot fix stupid no matter how hard you try!

Posted by Northerntruthseeker at 8:35 AM

It's worse than imagined.
After all this shakes out we will be wishing that these were "kill shots".
These high fallutin labs, research centers, with all their professors, and "experts" know that all they are creating are dangerous mixtures of poisons with attached buzz words, and labels that cripple way more people than they kill.
BTW NTS, I met 2 more people who won't be getting any shots.
Word is spreading, you are winning.
Zeig heil , carry on.

"Alarming Report: Death Rate From "Variant COVID Virus" Six Times Higher For "Vaccinated" Compared To The Smarter "Unvaccinated"!" Hahaha… Delta variant? Don't fall for this crap. There is even no virus. It's all a giant lie!

It seems to me, even with my rude understanding of statistics, that your conclusion is premature. The absolute numbers on deaths, for example, are very small, and there's good reason to suspect the sample vaxxed/unvaxxed pools differ in age, health, motivation to report symptoms, etc. Without quantifying and controlling for other such variables, the vaxxed variable doesn't mean much. For all we know, the 34 unvaxxed deaths could have been football players dead in an single bus crash.

The headline could be unvaxxed were nearly nine times more likely to test positive for the variant in the first place, but where's the fun in that ;-)

Greetings to our most wonderful and brave NTS!

I seem to recall reading (either last month or maybe the month before, it's been a while) that a report came out about Michigan and their hospitalizations, noting that something like 60-70% of those being hospitalized for this drama had taken the jab. I also recently read at a certain site of a certain guy who lives in a certain Mexico that they are writing off jab deaths as drama deaths.

I also recall reading a long while back that those who have been repeatedly taking the flu jab were turning into walking carriers for the illness and were easily 600% more contagious than the average person. I have been wondering for the longest time is the flu is only an active thing because of these flu shots...

Curious how that number six keeps popping up, huh?

Keep up the great work!