Breaking News: Small Pocket Of INTELLIGENT Sentients Discovered In Rural Manitoba, Some 80 Miles Southwest Of Where Yours Truly Lives.

I have grown to basically ignore the 'local news' these days in my home province of Manitoba, for all I ever see is increasing propaganda about how 'great it is' that now the 'majority' of the dumb asses in this province have received at least their 'first dose' of the KILL SHOTS.... Therefore when something does become 'breaking news' here that I should be aware of, I sometimes stumble across it or am alerted by one of the other real alternative truth seekers...

Well... I cannot believe it.. But I have been 'scooped' (LOL) by none other than my great colleague out of the wilds of southern British Columbia some 1500 miles west of here, Greencrow herself about an amazing occurrence that is happening right here in Manitoba, and in fact some 80+ miles southwest of my residence....

I therefore want to present Greencrow's amazing article, that comes from her website at www.greencrowasthecrowflies.blogspot.ca, and is entitled: "Breaking News: Small Pocket Of Sentients Discovered In Rural Manitoba" right here for all of my own readers to view for themselves.. I have my own thoughts and comments to follow:

Dear Readers: the MZM has become such an entrenched psychopathic lie machine that the only way to read or view it is by "reverse engineering" everything that comes out of it.  With that caveat in mind, please read the following "report" from msn news.  Read in reverse logic, it is actually replete with "Black Humour".  You may find yourself chuckling ruefully in parts.  I will have more comments to follow:
Death bed denials, pandemic 'hoax' accusations common in southern Manitoba hospital patients, doctor says

A southern Manitoba hospital physician says staff are exhausted by a recent crush of admissions, but they're also up against something else that's draining energy and morale.

Staff at Boundary Trails Health Centre are routinely hearing from sick and unvaccinated patients who believe the pandemic is a hoax — some remaining defiant even on the brink of death.

"We hear this almost every day, and I know that's startling," said Dr. Ganesan Abbu. "It's difficult ... to know that almost 100 per cent of our admissions have not been vaccinated."

Abbu is an anesthetist and special care unit doctor at Boundary Trails, located over 100 kilometres southwest of Winnipeg and between Morden and Winkler.

The district surrounding the two small cities has the lowest vaccination rate in the province, according to provincial data.

More and more patients have flowed in during the past two weeks amid Manitoba's third wave. Abbu says he and many coworkers are waking up before dawn to start work lately just to keep up.

The hospital has converted two of its medicine and surgery units into COVID-19 areas, he said. The hospital also experienced an oxygen shortage over the weekend based on the increasing number of COVID-19 patients being put on ventilators.

Boundary Trails nurses and the lone respiratory therapist in the hospital have shouldered the heaviest workload burden, said Abbu.

Staff are also being confronted with something beyond the painstaking hours caring for more people than usual.

"I think nurses have found it difficult to handle a community, certain segments of the community, who believe that this is a hoax, that the virus doesn't exist, and other untruths, like the vaccine is going to put a chip into each one of us who's been vaccinated and people will be able to track us," he said.

"It flies in the face of the efforts of nurses and health-care staff who are really extending themselves to help the community in need."

Some staff are having to deal with family members who are frustrated they can't see their loved ones in hospital or believe they died of something other than COVID-19.

It's not uncommon for people to flout rules and enter the hospital without a mask on either, he said.

Abbu has personally experienced patients who, even nearing death, remained in denial and continued to assert untruths about the pandemic.

"I've had two patients who have died and even right until the time that they died, they didn't believe that they had it," Abbu said.

"It's not as though we are trying to get the patient to acknowledge that they have COVID before they die. These patients are so much in denial, they are volunteering this information."

Though Abbu says it's only a "vociferous minority" of people in the Southern Health Region who don't take COVID-19 seriously, what Boundary Trails staff are seeing in the hospital is part of a larger issue.

Southern Health has the lowest vaccine uptake rates by region in Manitoba. Just over 40 per cent of people there have received at least one dose, which is about 15 to 20 per cent lower than any of the other four regions.

Manitoba health officials have had to team up with local religious and community leaders recently to try to spur vaccine uptake. Though the needle appears to be moving in the right direction in some communities, progress is slow.

As of Friday, about 12 per cent of the Stanley health district, which surrounds Winkler and Morden, had received a dose — a figure twice what it was a month ago.

Provincial officials and religious leaders in the south have explained that vaccine hesitancy is linked to distrust of government with roots that stretch back decades or longer. That includes religious groups who have experienced historic harms at the hand of governments abroad before immigrating to Canada, including Mennonite communities.

Abbu said if he encounters a patient in the clinic who is relatively well who brings up false notions of the pandemic, he may talk to them about the evidence to the contrary.

He takes a different tack when dealing with gravely ill patients, especially when they're laid up in a hospital bed teetering on the brink.

"I try never to challenge a patient, not in that situation," he said.

"You need to earn their trust. They have to believe that you're going to do everything possible to help them survive this, and that is what I want."
**************
Greencrow concludes:  I have bolded some phrases that are particularly humourous...unless, of course, you're one of that growing minority who either yourself or your loved ones have experienced the lethal attack of malpractice, negligence and neglect called the "Covid Protocols" that has been introduced Lockstep in hospitals across Canada to facilitate the sordid "culling" agenda of the Globalist PerpZ.
Bravo to the sentient who continued to call out "HOAX!" even in extremis on his/her deathbed.  Bravo to the relatives that insisted on visiting their family members and cheering them up with human smiles--instead of the psychopathic psy-op face masks.
Increasing number of CovID-19 patients being put on respirators???!!! Didn't we examine that last year only to discover:
Ventilators are NOT the proper procedure to treat so-called "CovID".  Ventilator use will kill the patient by "blowing out his/her lungs....BUT hospitals and doctors are being offered bribes to put patients they falsely diagnose as having the imaginary virus on the deadly ventilators.  We heard last year in the US it was as high as $35,000 per ventilated patient.
What are the co-morbidities suffered by these patients? Most of these drummed-up stats die of co-morbidities not the fabled "CovID".  No doubt the sentients in the Manitoba towns being targeted by this "report" are aware of this well-known fact.
Finally, the "report" says the numbers in the hospitals are rising.  How many of these admissions are those vaxxinated who've since come down with "adverse events"?  IMO, probably a majority of the extra admissions...and this is soon to explode next fall and winter...when the Pathogenic Priming and Cytokine Storm "vaccine" adverse events begin to present.
So, folks, the bad news is that the perpZ are particularly targeting these Manitoba communities with their genocidal soft kill "cull".  But the good news is that Manitoba is full of Sentients who are courageously resisting.  But, we already knew that--because our blogging colleague, Northerntruthseeker hails from the boreal forests of Manitoba where he prowls the wilds in search of truth! 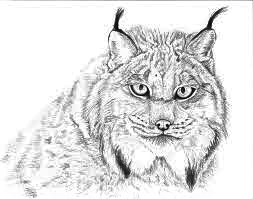 Northerntruthseeker
Posted by greencrow at 3:43 PM

NTS Notes:  I do of course want to thank Greencrow so much for this one....

And yes, this is actually quite heartening to see that not ALL of the people locked up in this abyss that used to be called the free province of Manitoba are not as BRAIN DEAD as the 'sentients' that I witness on a day to day basis around me up in Winnipeg....

And like Greencrow, I have to howl at how these lying sacks of shit in the lying whore media are absolutely distorting this report to paint these truly sentient and intelligent people as 'nutters' and 'anti-vaxxers'....  Nothing could be further from the truth as these VERY INTELLIGENT people actually are using their brains and realizing that it is indeed a horrific hoax and that the criminals are indeed pushing hard to have them shot up with their KILL SHOTS...

And very nice picture of yours truly, BTW... I have had a hard time shedding my winter fur as noted, and I do need a pedicure for my claws these days which is impossible to do with the 'hair and nail salons' all shut down by the ludicrous Pallister government 'health orders' for the time being...

Yes, the propaganda of lies does continue from the lying whore media... But ever so often some great news does come out, even though you have to dig beyond their propaganda for the real truths as Greencrow has done indeed with this report..

Posted by Northerntruthseeker at 10:23 PM