The COVID-19 Bullshit: Japan ENDS COVID PLANDEMIC With ONLY 850 Deaths! Italy Says Most Of Their Deaths Were From Other Causes And NOT COVID-19!

I am continuing my blasting away at this fraud pandemic with some  more interesting information that shows that this pandemic is and always has been a well planned and well conceived "plan-demic".... It is my hope that given enough information about the truth behind this massive fraud, that more and more people will awaken and the criminals in charge will have failed in their criminal attempts to ruin our nations.

I have been following a lot of this 'pandemic' in other nations, and much of my previous articles focused in on the fraud in Italy, where the reports of thousands upon thousands of people "dying from COVID-19" have been shown to be extremely fraudulent.. Most of those deaths in Italy in fact were almost ALL from other causes other than this 'Coronavirus'...... It is in fact very diabolical that the Jew spew media has concentrated so much on claiming that 'Italy has been rocked by COVID-19 deaths" when the exact opposite is true...

But I became aware of a whole other situation in Japan, where that nation did NOT 'lockdown' its citizens like other nations did, including our stupid governments in Canada and of course the United States... Japan joined a small list of nations such as Sweden that stood in defiance of the criminals in the WHO, AND the facts are now known that Japan absolutely prospered while other nations were having their economies destroyed through the fraud of 'lockdowns"!    Japan in fact recorded such a low number of 'deaths' over the last 3 months  that  people should be asking themselves how can this be a "pandemic" when it failed to ruin Japan like it did to other nations!

In fact, I do want to share the following very important article that comes from a great real truth seeker, Greg Bacon, who of course writes the excellent blog: "Goon Squad" at www.careandwashingofthebrain.blogspot.com.... This article contains facts and links that shows that the reported 'pandemic' in both Japan and Italy have indeed been proven to not only be non-existent but total frauds.....  Here is that article, and I have my own thoughts and comments to follow:

Japan ENDS Covid PLANDEMIC with only 850 Deaths and Italy says Most of their Dead came from other causes, NOT COVID.

Japan Ends Coronavirus Emergency With 850 Deaths and No Lockdown

Japan's Prime Minister Shinzo Abe has announced the end of his state of emergency declaration for the novel coronavirus pandemic, with just 851 deaths reported and without ever implementing a lockdown.

"I have decided to end the state of emergency across the nation," Abe said during a televised press conference on Monday. "In just over a month and a half, we almost brought (the infection) situation under control."...

"Just by looking at death numbers, you can say Japan was successful," Mikihito Tanaka, a professor at Waseda University specializing in science communication, and a member of a public group of experts on the novel virus, told Bloomberg. "But even experts don't know the reason

"How is that possible? Tokyo has more people per square mile than NYC, which is still under lockdown and has hundreds and hundreds of ACTUAL Covid deaths, while Japan only has 850 for the ENTIRE Nation?

Scientists at Israel’s Institute for Biological Research are expected to announce in the coming days that they have completed development of a vaccine for the new coronavirus COVID-19.

That Israeli Research Center is where they develop biological and chemical warfare agents. What a COHENicidence! 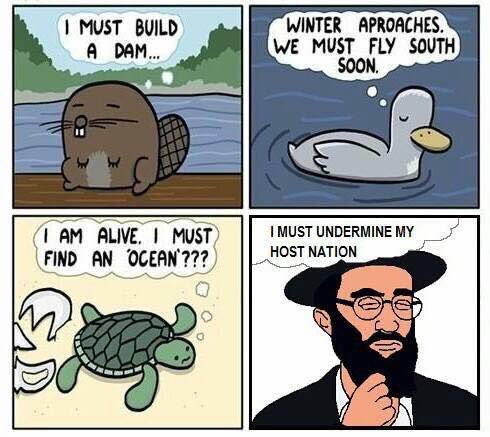 Italy: 96% of Coronavirus Fatalities Had Other Chronic Illnesses

ROME — The overwhelming majority of deaths with coronavirus in Italy have occurred in the presence of two or more serious chronic illnesses, according to a report from the country’s national health authority (ISS).

Italian health authorities announced in a recent report that only 4.1 percent of fatalities testing positive for Wuhan coronavirus happened in the absence of serious comorbidities, while the average age of the deceased was over 80 years...

The report also revealed an average age of 81 among those who have died with coronavirus in Italy.

Those over 81 had the biggest COVID deathrate? Hell yes, at that age, any flu bug is life-threatening.

Google Jewgle is now removing "plandemic" from Google Drive.
Posted by Greg Bacon at 3:59 PM
NTS Notes: WHY am I not in the least bit surprised by the findings in Greg's report?

I have stated in so many previous articles that what the Jew spew media is stating in terms of this "pandemic" is total unadulterated bullshit!   And all their lies do is show the world that the liars and scumbags in those media outlets are PART OF THIS CRIMINALITY!

I will say that once this fraud is fully exposed and people do get angry, they need to not only go after our criminal governments for attempting to destroy our nations' economies, but the Jew spew media as well as being the propaganda machine behind this massive fraud....  If it means shutting down those lying sack of shit media sources, then so be it for they must pay the consequences for their lies...

So there you have it.... Japan did it right by refusing to do the damage to its economy that other nations stupidly did... And now Japan will be the nation for the next while driving the world economies while other nations economies will be in tatters and taking years to recover...

The bottom line once again is that this massive fraud and hoax has to end and end right now... People need to get over the propaganda and fear and get ANGRY!   The time for action to stop these fuckers that have done so much damage to our lives is absolutely NOW!

NTS
Posted by Northerntruthseeker at 5:32 PM