While We Have All Been Distracted By COVID-19 Bullshit: Getting The Facts About The Nova Scotia Mass Shooting!

Well, another day and the curve has not only been flattened but has been squashed here in Manitoba in regards to this COVID-19 BULLSHIT "pandemic"... The facts are that there have been zero new "cases" here in Manitoba for days and the numbers of those who supposedly still have this "disease" has dwindled to 100.... That number will in fact further collapse over the next few days as those "infected" actually "recover"... I therefore again must ask that since this "threat" is now over (If the virus has existed at all.. I still have my doubts..) then WHY THE FUCK IS THIS PROVINCE STILL LOCKED UP???   I for one want to see ALL businesses here return to a form of normalcy immediately and screw the fuckers over at the WHO....

Yes, people are still having their heads wrapped around this fraud "pandemic", and they are still inundated with "COVID-19 pandemic" propaganda on a near 24/7 basis through the propaganda of the Jew spew media... Meanwhile, there has been a LOT of things happening elsewhere around the world, and especially right here in Canada where we apparently have had the "greatest mass shooting" in Canadian history in Nova Scotia, where at the last count some 17 people have died....

I want to continue with reports about that "shooting" and I want to present the following very important report that comes from a fellow real truth seeker, Aangirfan, who writes the excellent blog: "Aangirfan" at www.aanirfan.blogspot.com...... He/she has in fact begun a "time line" with daily updates on this shooting in Nova Scotia under the heading of "Nova Scotia Mass Shooting" and I want to present his latest reports, as of today, about this shooting right here... I do of course have my own thoughts and comments to follow: 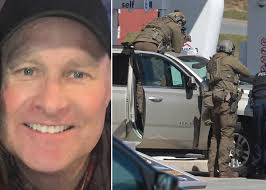 At least 16 people have been killed in a mass shooting in Canada.

On the evening of April 18, police responded to multiple calls regarding a shooting in the small community of Portapique, in Nova Scotia, Canada..

The police found several dead and injured inside and outside a home.

The investigation overnight led police to many crime scenes scattered over at least 50 kilometres.

At around 8:00 a.m. on April 19, police announced on Twitter that they were dealing with an active shooter.

Residents were advised to stay indoors, and a portion of the town was evacuated. 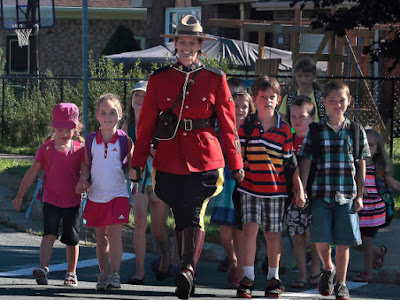 Constable Heidi Stevenson, who was killed.

Gabriel Wortman, age 51, was identified as the alleged shooter at 8:54 a.m.

The public was warned that he might be dressed as an Royal Canadian Mounted Police (RCMP) officer and driving an RCMP cruiser.

Sightings of 'Wortman' were confirmed in Debert, Brookfield, and Milford.

'Wortman was killed' by police outside a gas station restaurant at the Irving Oil Big Stop inEnfield, about 92 kilometres (57 mi) south of Portapique and about 40 kilometres (25 mi) north of Halifax. 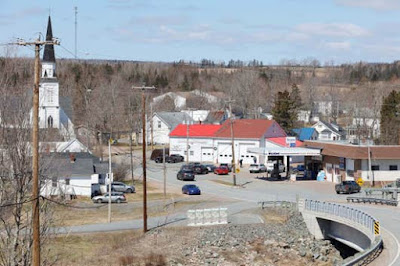 "Wortman was a great friend and amazing person in High School. Always smiling. Always kind. This is nothing but shocking!" -@LisaBrush

"a good and friendly neighbour" -Bill Macpherson and wife

"Former high school friend Scott Balser posted on Facebook that Wortman was a very nice guy who liked to help others."

"From what I knew of him, he was quiet, gentle and very easy to talk to ... He was very nice." -David George Crockett

"In 2014, Wortman was featured on CTV News for providing free dental work for a cancer survivor. Sources say he helped many others as well."

"An apparent yearbook photo from Riverview High School in New Brunswick notes that Wortman aspired to be an RCMP officer."

"I always felt like he wasn't quite comfortable in his own skin, but I thought as he matured, he would grow into himself"

"Gabriel always had a sadness about him, but I was so shocked to hear that he'd hurt other people."

"I would never, ever have thought that about him ... I can't marry that with the Gabriel I knew."

NTS Notes: I am not going to call this one a fake, for the fact that there is way too much that shows that this is not some type of "drill gone live" like in all the other fake shootings...This one therefore appears to be the real mccoy... I will however continue to call into question the timeline and especially the reports that have been presented about the shooter himself...

I said in my previous article that I have some serious questions about this one... I am still wondering how in the fuck this Wortman character was able to get BOTH an RCMP cruiser as well as a uniform.... And more people should be asking about that as well...

And as usual we have so many people that have known this Wortman coming out and showing that this kind of mass killing is NOT in his nature... That leads to questions as to his motive and his mental state.. And I cannot escape a nagging feeling that he was either on psychotropic drugs or has been "programmed" to carry out this slaughter.....

I am not in here to slander or to insult the families and victims of this atrocity... I am however asking the hard questions that everyone must ask and seeking the real truth here..


Posted by Northerntruthseeker at 10:34 AM

Of course NTS...because of lockdown there were NO WITNESSES, how could there be? This is another 'show' to instill fear, a drama playing out...propaganda. I don't believe it just by reading and watching videos. NO PROOF except a fool driving a car over a wharf which was staged and wtf had it to do with this? How was it the 'stolen' cop car got stolen without anyone's notice? FAKE I CALL IT! IT'S ABOUT FEAR PEOPLE! Fear keeps us isolated and ears to the authorities to tell us what to do. Even reading for people to hide in their basements...(where there are no windows!). We mustn't see what they are up to OR take a phone and video it. Where's the proof of these deaths? Where's the burned out buildings? No - just some words on a piece of paper or screen saying a bunch of BULLSHIT. Look for the same thing to happen here. Take a look at this POS cop Peekay has put up...https://www.youtube.com/watch?v=tDljozvHS_U
IT'S ABOUT TOTAL CONTROL. I notice they have taken down Dana Ashlie's latest video.

22 victims and a 13 hour spree (they like their special numbers). Come on folks this is so obviously staged and the poor chap who was the alleged shooter probably died of project COV-ID 19.
Search google images for evidence of the dead bodies, all you will find are some yellow cones and very few images of the aftermath that one would find after even one real shooting death e.g. cleaning services and body recovery teams.
How easy to stage when the town was in lockdown and how could it possibly take 13 hours to catch up with him? And why wasn't the cop car covered in bullet holes?
I presume that they won't be naming the victims but if they do the history of each victim including the record of their deaths and burials/cremations will be very easy to confirm.