I have been attacking the fraud of Global Warming aka "Climate Change" from almost the time I started this blog some 11 years ago... I knew from day one that man caused "Global Warming" is and always has been a fraud since the real force that drives our weather is that big ball of light and energy at the centre of our solar system, our Sun Sol......

One "fact" that the Global Warming fear mongers have been using for decades has been that the oceans are rising due to "Climate Change" and they have claimed that the evidence has been presented by refutable "scientists"..... They have long claimed that with rising oceans, many of our coastal cities would be soon underwater along with so many islands around the world, forcing so many people to have to be force evacuated to avoid the rising waters.... But what I discovered just the other day blows holes in even that argument...

I want to present the following report that comes from the Natural News website, at www. naturalness.com, that shows evidence that the so called "scientists" that are behind the fraudulent "Global Warming" fear mongering have been purposely altering their data for years to make it look like the oceans around the planet are indeed rising.... Here is that article for everyone to see for themselves, and I have my own thoughts and comments to follow: 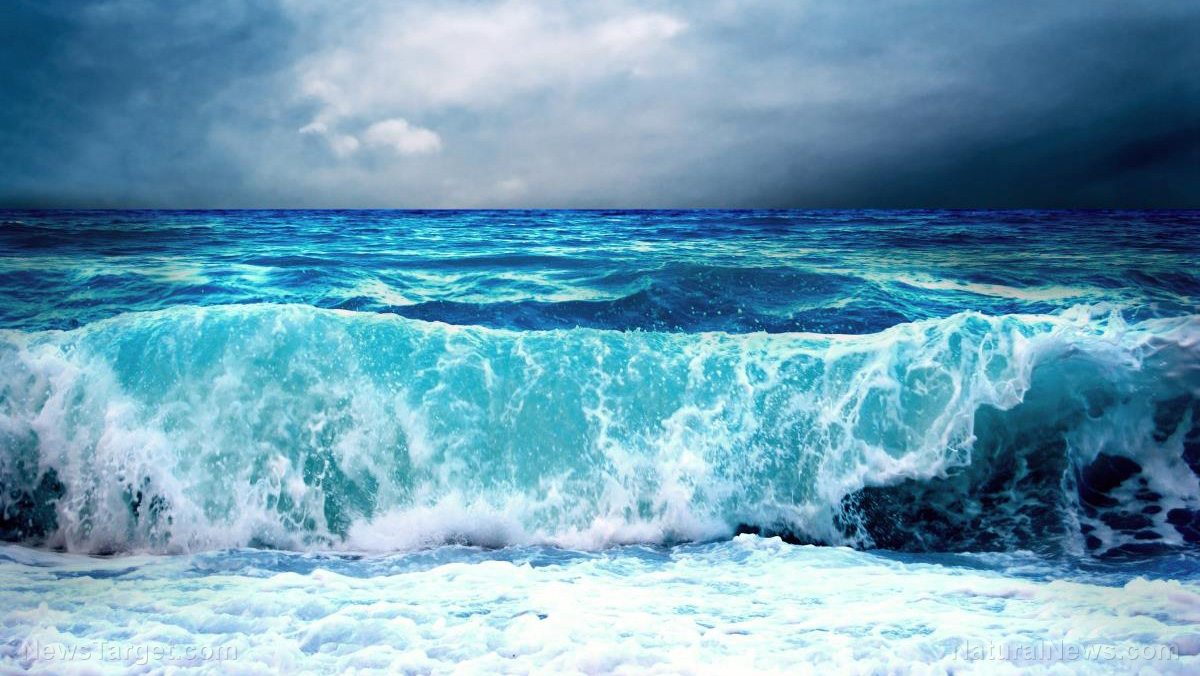 (Natural News) A scientific paper published by a team of Australian researchers has revealed a startling find: Scientists at thePermanent Service for Mean Sea Level(PSMSL) have been “adjusting” historical data regarding tide levels in the Indian Ocean. Their “highly questionable” activities have depicted rapidly rising seas — but the truth is that there is no reason to be alarmed at all. Scientists have found that sea levels are stable — and have been for the entirety of the 20th century.

To put it simply, these PSMSL “scientists” have been arbitrarily changing their data in order to create the illusion of a problem that doesn’t actually exist.

According to the Australian research team, sea levels in the Indian ocean have remained stable for decades. Dr. Albert Parker and Dr. Clifford Ollier recently published their astounding research in the journal Earth Systems and Environment; their extensive research gives an in-depth look at how this massive deception was undertaken.

As the researchers report, there are multiple lines of evidence that show sea levels in the Indian Ocean are completely stable. Further, the scientific duo explains that the data-adjusters at PSMSL were taking “misaligned or incomplete” sea level data (which showed no rise in sea levels, or even decreasing sea levels) and “realigning” them.

As Parker and Ollier contend, “It is always highly questionable to shift data collected in the far past without any proven new supporting material.” But what makes the PSMSL’s data shifts even more questionable is the fact that older datasets were adjusted to look lowerwhile all newer sets of sea level data were re-configured to appear higher. When these arbitrary adjustments are taken together, it creates the appearance of a significant and concerning rise in sea levels — one that is entirely artificial.

The sea levels in India, including Mumbai, and in Karachi, Pakistan, have been recently analysed and discussed in Parker and Ollier (2015) and in Parker (2016). In both cases, it was shown that the latest positive trends in the PSMSL RLR [revised local reference, adjusted] data are only the result of arbitrary alignments, and alternative and more legitimate alignments reveal very stable sea-level conditions.

Further, the researchers state that there are even greater concerns regarding the PSMSL’s so-called findings. They wrote:

What are more dangerous are the corrections recently introduced to the past to magnify the sea-level trend or the acceleration. As shown in the prior section, the adjustments introduced by PSMSL to make the RLR [revised local reference, or adjusted data] are arbitrary in Aden, Karachi, and Mumbai.

In other words, PSMSL completely changed data collected decades ago to show an increase in sea levels, rather than the decrease that was actually reported at the time.

To sum it up, Ollier and Parker have found there is no reason to believe that sea levels are rising — and that PSMSL has been wantonly adjusting sea level data to create the appearance of a problem that doesn’t actually exist.

Scientists use real data to show sea levels are stable

The Australian researchers declared in their paper, “Contrary to the adjusted data from tide gauges and the unreliable satellite altimeter data, properly examined data from tide gauges and other sources such as coastal morphology, stratigraphy, radiocarbon dating, archaeological remains, and historical documentation indicate a lack of any alarming sea-level rise in recent decades for all the Indian Ocean.”

In other words, a non-biased look at the original data from the tide gauges indicates that there is nothing to be worried about; current sea levels are well within “normal” ranges. In fact, the pair states in the conclusion that sea levels across multiple sites of the Indian Ocean have been stable for “all of the 20th century.”

The pair of scientists also state in their paper that all key data collection points have shown a sea level rise of 0.0 millimeters for at least the last 50 years — which is an indicator of stability in ocean levels.

A recent report by NASA even showed that sea levels are actually taking a downward turn for the last few years — findings that lie in stark contrast to PSMSL’s alarmist report on sea level data.

There has been much controversy and fanfare over the alleged threat of rising sea levels, but it seems that much of this excitement is based on fiction rather than reality.
Ultimately, Parker and Ollier concluded that sea levels are, and have been, quite stable during the past century.

Sources for this article include:
NoTricksZone.com
Link.Springer.com

NTS Notes: Well, there you go... Another "pillar" of the fraudulent Global Warming hoax has now fallen with this startling evidence that the so called "scientists" watching the levels of our oceans have indeed been altering their data on purpose to create the illusion that the oceans are indeed rising!

I have seen so many reports that have shown that in spite of the fear mongering, the ocean levels have absolutely NOT risen one iota....And now we see the criminality of the Global Warming fraudsters exposed for everyone to see for themselves....

So.... We now see that (a) Global Temperatures are not rising and are indeed falling.. (b) The ice caps are NOT melting and evidence shows that they are actually expanding.... (c) CO2 levels in our atmosphere are rising, but are NOT driving the climate (as expected, since CO2 itself is NOT a so called "greenhouse gas") and (d) the oceans are NOT rising at all and have been stable all through the last few centuries....  How much more does it really take for people to understand that they are being conned by these criminals????

One other note... I am so disgusted by those who have the nerve to call themselves "scientists" these days if they are willing to sell their own souls to these criminals for nothing but profits...... I have a massive scientific background and even though I cannot call myself a "scientist", I work with facts and evidence and would never sell out and lie like those bastards that support the fraud of man caused Global Warming have....

Posted by Northerntruthseeker at 8:55 PM