Canadian Poltical Scandal: Political Newbie Finds Out What Happens When You Play Politics With The Big Boyz!

*I took yesterday off as a "me day" to take care of a lot of personal business... I am finding more and more that I do need to take a break from surfing the Internet and writing articles here from time to time, for the breaks are good for clearing my mind and giving me a bit of a break from the madness that I see happening across the planet!

I have been following the ever increasing political scandal happening right here in Canada, concerning the criminal Prime Minister's office's interference in some criminal prosecution aimed at the crooked construction firm known as SNC Lavalin.... But first, for those who do not know exactly what has occurred and how this firm is absolutely involved in a huge scandal that has the Canadian government involved in corruption for covering for its criminality, I want to present the link to an article that comes from the Global News online news service that does a pretty good explanation of the events that have led up to where this scandal stands today...Here is that link for everyone to read for themselves here:

OK,  I hope that readers have indeed taken the time to read that article and get the gist of what is happening here in Canada and the involvement of the corrupt Liberal government under that heinous Justin Trudeau...

It is indeed sad though that the nation of Libya was in the forefront of this scandal and the crooked dealings of SNC-Lavalin... However, the crooked Liberals had NO business in covering for their crime, and it is too bad that the former Canadian Minister of Justice, and until recently  the Minister of "Veterans Affairs" here in Canada, Jody Wilson Raybould has been forced to "resign" from the Prime Minster's cabinet due to a conflict of "ethics" in the cover up of SNC Lavalin and their criminal actions.

And... At least one other real Canadian truth seeker, Greencrow, who writes the great blog "Greencrowasthecrowflies" at www.greencrowasthecrowflies.blogspot.com, has picked up on this terrible state of affairs here in Canada, and has written a fabulous new article covering this sordid affair... Here in fact is Greencrow's areticle, entitled: "Political Newbie Finds Out What Happens When You Play Politics With The Big Boyz", right here for everyone to see for themselves... I have further thoughts on this important issue to follow: 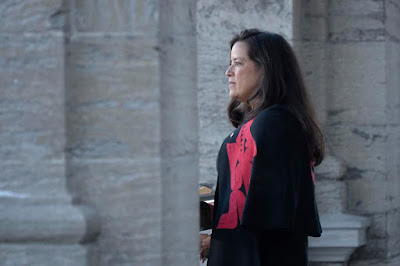 Last week I gave my readers a heads up that "regime change" will shortly be coming to Canada.  True to my thesis, more developments serve to confirm my suspicion that the PTB have confronted the reality that Trudeau does not have the poll numbers to pull off an electoral win for the Ruling Liberals in the Federal election slated for the fall.  Even with the installation of an unpalatable drone candidate in the third party NDP, the numbers just aren't there.

This is how politics works, folks.  When the poll numbers are horrific...all of a sudden a lot of "scandals" come out of the woodwork to bring down the installed puppet and get him out of the way so a "fresh face" can appear just in time to go before the voters.  And this is exactly what is happening in Canada this week.

The scandal they chose to inflate was a stereotypical one where the PTB have already seized the "high ground", and are forcing the loser out with allegations of legal impropriety.  Little Jody Wilson-Raybould just happens to be caught in the crossfire.  Or, she could be called a "decoy" set up outside the blind to lure the target(s).

Please read the "Breaking News" report from News1130 regarding the decoy's sudden resignation and I will have further comments to follow:

Veterans Affairs Minister Jody Wilson-Raybould released a letter Tuesday announcing her resignation. She was demoted from the post of justice minister last month.

The Globe and Mail newspaper reported last week that Trudeau or his staff pressured her to arrange a deal with Montreal-based SNC-Lavalin that would let it avoid criminal prosecution on allegations of corruption involving government contracts in Libya.

Wilson-Raybould has hired a former Supreme Court justice to advise her on what she can say publicly about the matter.

Her resignation is a potential blow to Trudeau as he faces re-election this year. He has denied directing Wilson-Raybold to arrange such a deal.

Greencrow says:  Trudeau was in Vancouver over the past weekend and met with Wilson-Raybould.  According to Trudeau, she reminded him that he had, in fact, discussed the SNC Lavalin legal matter personally with her last Fall.  That is the "smoking gun".  What was discussed in that conversation will be the tool that separates, like a surgeons scalpal, the tumour from the organ...Trudeau from the Canadian government.  Below is a video of Trudeau admitting that he discussed the matter with Wilson-Raybould:

Have you ever watched one of those "nature videos" where, out on the African savannah, a lioness is stalking a herd of wildebeests?  She separates one from the herd and then pursues it, chasing this way and that, sometimes it looks like the wildebeest is going to escape...but then it stumbles.  The lioness, patient and persistent [she has a family to feed] circles the prey, darting in and out of the wild grasses.  Finally, when the wildebeest is flagged from the chase, the lioness charges and grabs the wildebeest by the throat with her jaws.  She holds him around the neck with both paws while she attempts to force him off his feet. Finally, he flops on one side on the ground.  Tastefully, the high grass obscures from the camera what comes next.

So what we're seeing this week is all about the drama of the chase.  What's left out of sight is the bigger picture, the reason for the chase...the family of hungry little lions back home...waiting for their meal.

Setting the table: M$M Commentator says
if Trudeau interfered in legal process
he must resign

What neophyte polititian, former Minister of Justice Jody Wilson-Raybould might learn from this harsh first exposure to "Playing Politics with the Big Boyz"..... is that she is no more a factor in the above drama than the grasses on the savannah of Africa where the lion met the wildebeest.  She's just meant to "tastefully" obscure the final kill.

NTS Notes:  I am not in the least bit surprised by this... This brave young woman had the guts to basically call a spade a spade and got sickened by the corruption of the Justin Trudeau regime to the point now that she was first demoted, and then had to resign due to this travesty of "ethics" and unable to accept the lies and corruption related to this SNC Lavalin affair... I could also mean that someone in Trudeau's inner cabinet actually had a conscience and the rest of the crooks in charge could not stand for it!

It is a fact that SNC Lavalin has huge Engineering and Construction contracts, not only in Canada, but around the world and those dealings are in the hundreds of Millions of dollars each... And that massive corporation does indeed employ thousands of Canadians, especially in the province of Quebec... This more than anything else may be the reason why Justin and his cronies want to protect SNC Lavalin and try to keep the voters happy in Quebec come the next Federal Election...

I am leaning on agreeing with Greencrow's assumption that this is all part of the plan to eventually have the heinous Justin Trudeau forced from the office of the Prime Minister, as he is truly unfit to run this nation and would be a detriment to the criminal Liberals come the Federal Election here in Canada slated for this fall....

Yes, IMHO Jody Wilson Raybould may have indeed just been made the "cover" or even the sacrificial lamb to cover up the entire sick issue of intense corruption in Ottawa... But the bigger issue now is how much longer Justin will be able to hang on to power as the details of this entire sick and twisted affair becomes  known to the Canadian public... We may find out very soon, and the sooner that sick bastard is gone, the better it will be for all of Canada....


Posted by Northerntruthseeker at 1:22 PM

Thanks for linking this NTS. It would be great if Trudeau were ousted by this sham "scandal" but the sad reality is that Scheer would be just as bad if not worse. And don't even get me talking about Jagmeet Singh!

There is nobody. They've seen to that.