The Sad Saga Of The Abysmal F35 "Lightning II" Fighter Aircraft Continues: Report States F35 Could Be Headed Into Combat In 2018

In 2017 I put out about a half dozen articles covering the inadequacies and failings of the latest and greatest American "fighter aircraft" the Lougheed Martin F-35 "Lightning II", and I figure I would start 2018 by attacking that flying "piece of shit" (POS) by again showing how it is not only a dismal failure but a TRILLION dollar waste of US taxpayer money....

Well, just today, I came across the following report from the good folks over at "Popular Mechanics" where apparently they are stating that the abysmal F-35 flying turkey will now be heading into combat this year... First here is that report, from the Popular Mechanics website at www.popularmechanics.com, for everyone to see for themselves.... I have my own thoughts and comments to follow:


The Marine Corps is sending the F-35 to the Pacific and Middle East. 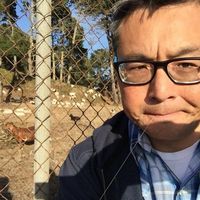 The America’s newest fighter jet, the F-35 Joint Strike Fighter, might finally see combat in 2018. According to the Marine Corps Times, the U.S. Marine Corps is sending the jet on two overseas patrols next year, to the Middle East and the Pacific. The Middle Eastern tour could see the jet sent into combat over a number of regional conflicts the United States is currently embroiled in.

The Marines are sending detachments of F-35Bs on two Marine Expeditionary Unit cruises, with the Okinawa, Japan-based 31st Marine Expeditionary Unit on the USS Wasp and the West Coast-based 13th MEU on the USS Essex. USS Wasp will be headed into the Asia-Pacific, where one possible stop is off the coast of North Korea. USS Essex will be headed to the Middle East where it could visit Syria/Iraq, Libya, and Yemen. U.S. aircraft have conducted airstrikes over all three areas, and the F-35Bs of the 13th MEU could conduct some of their own.

Aside from scheduled training missions, MEUs sometimes have no agenda at all other than to provide a roving, battalion-sized rapid-reaction force capable of showing the flag, amphibious assaults, raids, conventional and unconventional land warfare operations, rescues of downed pilots, evacuating Americans from crisis areas, and humanitarian assistance/disaster relief missions. MEUs are basically packages of heavily armed Marines that cruise around in amphibious ships for months at a time looking for trouble.

The Marines declared its F-35B jets initial operational capability in 2015, meaning the aircraft were capable of at least some of the range of combat missions the aircraft will eventually be capable of. For ground attack missions, the F-35B is armed with the 1,000 pound GBU-32 satellite-guided Joint Directed Attack Munition (JDAM) and the 500 pound GBU-12 Paveway II laser-guided bomb. For air combat, it carries AIM-120C AMRAAM air-to-air missiles.

NTS Notes:  Yes, in spite of this POS "fighter" aircraft's horrible substandard abilities, the US Marine Corps is ready to put it into active service.... And I can only pray for the poor suckers that may have to actually fly this thing in real combat roles!

Yes, I have already shown so many times the massive failings of this "aircraft".... It is too slow for any combat and is useless in any "dogfights"... It flies way too slow compared to Russian and Chinese fighter aircraft.... It gobbles up fuel at an alarming rate due to its ridiculous VTOL single engine.... It carries a woefully inadequate weapons load.... It has an electronics system on board that has constantly shown massive failures and that system will be easily disabled by the Russian "Khibiny" electronics disabling weaponry system making the aircraft a sitting duck......The list here can go on and on, and to top all that off the plane's 'stealth" capabilities are a massive fraud simply because "stealth" itself is a fraud and a massive lie....

I honestly was shocked to see this report that the US military has declared this flying turkey as "combat ready" and that they will actually put this thing into active combat status for this year..... I really do not like what I can see coming if and when this thing actually has to engage vastly superior Russian built Su-35 fighter aircraft, for the Russian built machines will blow this thing out of the sky!

Yes, this thing is a TRILLION dollar mistake and now the US military is stuck with it..... The best option has always been to scrap this entire program, cut their losses, and go back to the drawing board to design a fighter aircraft that can actually fight......But apparently it is too late now, and we shall soon see how abysmal this aircraft really is...

NTS
Posted by Northerntruthseeker at 10:13 AM

Did you see this RT article about the Russian jetfighters always being "on their tail" in a dogfight?