WHY Am I Not Shocked By This?: Bombshell Report Shows Proof Positive US Used "Diplomatic" Flights To Arm Their Fraud Terrorists In Syria!

From day one in regards to the so called "civil war" in Syria, I called it like it was.... The US is and always was behind the fraud known as "ISIS" and did everything covertly to fully arm this fraud "terrorist" group in their nice little war in Syria to overthrow the legitimate Bashar al-Assad government... The US Government therefore is behind the creation and prolongation of this "civil war" that has cost nearly a million innocent lives and has reduced much of Syria to rubble.....  I have found NOTHING that shows otherwise.....

Well, lo and behold, but I found once again yet another amazing article that was just published today by the Russia Insider website, at www.russia-insider.com, from an article from Jason Ditz over at the Anti War website at www.antiwar.com, that proves once again beyond any shadow of a doubt that the US has indeed been shipping weapons clandestinely into the hands of their fraud "terrorists"... This article is entitled: "US Used Diplomatic Flights To Arm Terrorists In Syria" and I have it right here for all to see for themselves.... I have my own thoughts and comments to follow:

US Used Diplomatic Flights to Arm Terrorists in Syria

With a little help from Azerbaijan 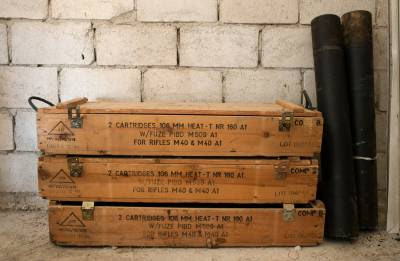 A Bulgarian reporter has uncovered evidence that the United States and its allies, notably Saudi Arabia and the United Arab Emirates, have been using Azerbaijan’s Silk War Airlines to ferry entire planeloads of weapons to Syrian militants, some of which ended up in the hands of al-Qaeda’s Nusra Front.
Some 350 different flights, all labeled “diplomatic” flights to avoid being searched for weapons, were sent into the area, generally carrying arms purchased in Eastern Europe, so as to disguise the country that was actually sending them.
This was the mechanism through which the since ended CIA program to arm Syrian rebels was conducted, and they apparently encouraged both Saudis and the Emirates to use the same trick. Exact figures on weapons sent aren’t total clear, but the US sent around $1 billion worth of arms by themselves.
The US apparently favored this program so much that they didn’t confine it to Syria, with the report showing cargo planes under the same diplomatic auspices being sent to Iraq, Pakistan, and Afghanistan. Exactly who was to be armed in those countries wasn’t clear.
It is clear, however, that this wouldn’t have been the method through which the US nor any other nation would legitimately convey arms deals or even military aid to other governments, and was specifically chosen because, despite the added cost, it was hoped that it would allow the shipments and deliveries to happen in secret.
Silk Road Airlines also apparently favored this scheme themselves, having “offered diplomatic flights to private companies and arms manufacturers from the US, Balkans, and Israel, as well as to the militaries of Saudi Arabia, UAE, and US Special Operations Command (USSOCOM), and the military forces of Germany and Denmark in Afghanistan and of Sweden in Iraq.”
Azerbaijan’s government was apparently well aware of this, and their foreign ministry was sending orders to their embassies across the region to ensure that the planes were given diplomatic clearance to fly “dangerous” materials through foreign airspace without a permit.
And it worked. Despite legal restrictions on carrying military cargo on civilian aircraft, the Azeri government managed to get diplomatic clearance for these planes that gave them an effective corridor across Europe and including Turkey. This gave the planes access to arms markets in Eastern Europe and arms-hungry wars in the Middle East and beyond.
While the revelations in Syria are likely old news, since the CIA’s failed arms program was already scrapped, it’s not clear that this isn’t still an ongoing means of arms smuggling for the US or its allies elsewhere. The revelation could be particularly embarrassing in Afghanistan, as there aren’t third parties to arm there who aren’t explicitly enemies of the US.
In buying non-US standard weapons, even when these arms ended up in the wrong hands, which at times may well have been the intended hands in the first place, there was some distance between the arms and the nations providing them. With most of Eastern Europe still selling Soviet-era surplus, this may well explain, for instance, why the Taliban has suddenly been seen with at least some such arms, with US officials trying to shift suspicion about that to Russia.
Clearly,  though, there’s no way to prove the US sent those specific arms to the country and that’s the point. These smuggled arms stand in stark contrast to the massive, and at least nominally documented, official arms shipments the US is sending across the world at all times, and are meant to fly under the radar.
Source: Antiwar.com

NTS Notes:  Again, the truth does surface from time to time and in all honesty, I am not shocked at all by these findings...

Lets face the truth here... The US/Israel/NATO criminal cabal has always wanted Syria destroyed and Bashar al-Assad removed from power.. They want to impose one of their usual puppet dictatorships into Damascus, ruin the entire country, and then build their nice little pipelines right across Syrian territory!   At the same time, the criminals in that psychotic state of Israel will most probably either gobble up part of Syria as part of their insane "Greater Israel' project and thus leave what is left of Syria an impoverished ruined nation broken up into small "fiefdoms".....

I am of course still startled to this day about the ignorance of people when I try to tell them the truth about not only Syria, but the entire fraudulent "war on terror".... They prefer instead to bury their heads in their smart phones and continue to be brainwashed by the lies coming out of their Talmudvisions.... It is truly sad to see the ignorance and stupidity of people that do not want to know the truth....

Posted by Northerntruthseeker at 10:07 AM

Thanks, NorthernTruthSeeker. My internet doctor, Jennifer Daniels, preaches that we life in an Idiocracy. That and an insane asylum, eh.