I periodically take some shots at the crap coming out of "Hollywood" or what I can safely call..."Jewlywood", and the so called "movies" that they produce for both propaganda and for clouding the minds of gentiles.... Now Hollywood is releasing a new garbage movie called "Maleficent", and from what I have seen, there is a horrendous amount of satanic symbology in this latest piece of crap.  And of course the leading actress in this sham is none other that the ultra-pyschotic Jewess herself, Angelina Jolie.

I put out an article two years back exposing the insanity of Angelina Jolie, (link here) that shows clear evidence that this person is definitely suffering from severe mental illness.... Now, I want to present here an amazing article from a fellow truth seeker, Penny, who writes "Penny For Your Thoughts" at www.pennyforyourthoughts2.blogspot.ca.   The article is entitled: "Angelina Jolie On Maleficent: "I Was Drawn To The Evil".", and I have it right here for everyone to see for themselves how truly disgusting this creature is.... I have my own thoughts and comments to follow:

Angelina Jolie on Maleficent- "I was drawn to the evil"


So, Angelina, the death angel was "drawn to the evil"?  Imagine my non surprise?
After all this women has hoodwinked ( to deceive by false appearance ) the world with her global do gooder facade.  Maleficent is, in my opinion, Angelina's inner being on display.

Noticed, I didn't call it 'soul'? Why would I? That woman doesn't have one.

Is she evil? I believe so. I don't believe she has one shred of humanity or humanitarianism anywhere in the vessel she inhabits Notice, I don't call it a body?  Humans have bodies. Evil has a vessel.  A means to spread it's evil.  Vessel- a person into whom some quality  is infused. In the case of Ms Jolie the quality is evil.  If that can be called a 'quality'?

Angelina the ne'er do well has been featured at the blog on a number of occasions
Recall? Angelina Jolie goes where no humanitarian group can go.

Besides her UN "goodwill ambassador" postion, which is a public relations job. Ms. Jolie is a member of the Council on Foreign Relations. From the horse's mouth

"She was honored for her philanthropic work by joining the Council on Foreign Relations. The prestigious think tank officially approved Jolie's membership nomination." In 2007.

Isn't it curious that Turkey won't let any aid/humanitarian groups into the camps.
Covered here But they will allow Angelina Jolie to visit.

What is wrong with that picture boys and girls??? EVERYTHING!

Or? Death Angel(ina) Jolie calls for "intervention" in Syria


And Angelina, death angel, is all for 'intervention' NATO style
Who can forget?  Death Angel(ina's) role reprisal- Syrian Refugee Camp in Jordan


Death Angel(ina) Jolie,  CFR member, is at it again.
The UN "goodwill" Ambassador is repeating, her starring role in the war/killing/psycho/death destruction machine. This time she is touring 'refugee' camps in Jordan.
Previously it was Turkey. Prior to that Libya. Noticing a pattern?
And her "eyes filled with tears"....
As she listened to "horrific" tales.
As she wept over "heart breaking' accounts.

Angelina, so called Goodwill Ambassador... is one big illusion. Presented by the psychopathic elite class via their war mongering, perception managing, always fabricating and misrepresenting reality, media.
To hook, line and sinker YOU, into setting aside your humanity and supporting the inhumane, undemocratic and unjust agendas promoted by the military, industrial, media, multinational, globalist pick pocket class. Evil comes in many forms 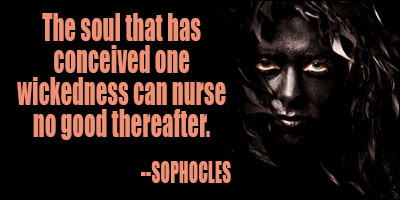 Angelina and her ilk have conceived of much wickedness
Posted by Penny at 5:23 PM


NTS Notes:  I want to thank Penny for bringing this article to my attention....As I stated in my previous article about Angelina Jolie, what we have here is a mentally deranged individual whom the Jewish elite continues to promote as one of the "most beautiful women" on the planet.... What I see is something completely different... A disgusting Tay Sachs Syndrome suffering creature that is mentally unstable and absolutely pure evil....

I again am troubled by the symbolisms in this latest Hollywood piece of crap called "Malificent".   Jolie herself wears garb that resembles the satanic symbol for "Baphomet", including the insane horned headgear....

I would recommend that everyone avoid this Hollywood "movie" like the plague... Hollywood has been putting out more and more of this type of garbage as both propaganda and brainwashing to condition Gentiles into acceptance of evil..... People must put an end to this immediately.

NTS
Posted by Northerntruthseeker at 9:56 AM

She does not own her own mind/soul, just as Marilyn Monroe did not own hers. There are so many celebrities/famous and well-known persons who are trapped in mind-controlled, programmed bondage -- and can be as evil as their handlers want them to be.