Another "Terrorist Plot" In Canada? I Do NOT Think So!

Just the other day I was reading in the Jew spew news here in Canada about a "terrorist" plot that was "foiled" in British Columbia, Canada.   The news (if you can call it that) stated that these "terrorists" wanted to "blow up" of all things.. The BC Legislature in Victoria, on Vancouver Island.

After reading the article go on and on about these so called "terrorists" and how they were "inspired" by (of course) "Al-Qaeda", I knew we were looking at another fraud false flag in Canada that is just as ridiculous as the last one where several "Muslims" were going to blow up a train in Ontario!

A fellow real truth seeker, "Penny", who writes the great blog: Penny For Your Thoughts, at www.pennyforyourthoughts2.blogspot.com,  sent me a link to an article that she posted just the other day, asking me to take a look at it, and give my opinion.... It is a fabulous piece of work by Penny, entitled: "Terror Plot, British Columbia Canada, On Canada Day (Allegedly)" that I want to share with all of my own readers here....I have my own thoughts and comments to follow:

Yes, on Canada day. Which the media has informed the Canadian readership is the equivalent of the 4th of July in the US.

Canada Day is the equivalent of the July Fourth Independence Day celebrations in the United States, with street parties, barbecues and fireworks displays


This way we feel the kinship, once were forced into the NAU. 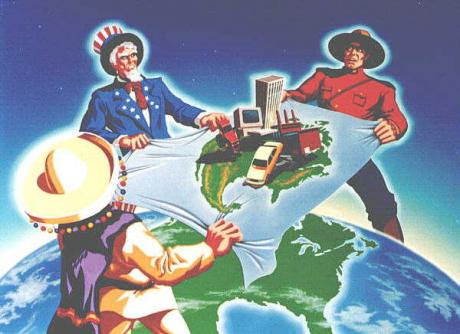 Sorry, story for another day ... back to the "TERROR PLOT"

A selection of news stories-

Just the meat and potatoes!


- Police charged the suspects with plotting to set off the three home-made devices outside the parliament building in Victoria, the capital of the Pacific Coast province, during Canada Day festivities on Monday.

Arrests took place on Monday, allegedly,  but no arrests announcements till Tuesday? Why?
If anything was actually going to take place on Canada Day, would it not have been better to arrest them before hand? Particularly since CSIS and/ or the RCMP have been monitoring them since February/13 and were fully aware of their plot.

The advantage for these arrests taking place when they did come from being in the Tuesday news cycle. A day after the plot date. (dodged a bullet) Lots of media play during the new work week/news cycle.
Had the arrests taken place prior to Canada day, when one would sensibly think was the time for prevention and all, these arrests would not have garnered the necessary media hysteria.


- Police charged the suspects with plotting to set off the three home-made devices outside the parliament building in Victoria, the capital of the Pacific Coast province, during Canada Day festivities on Monday.

“Officials said they had monitored the pair since February and that the public was not at risk, since agents had made sure the bombs would never have exploded


”Police said there was no risk to the public at any time because they began monitoring the suspects in February and had known all along what was happening.”


How were the pair monitored? What did this entail?
How were agents able to ensure the bombs would never go off? Unless they were in close, personal contact with the pair.
Which would explain the monitoring... and the ‘knowing all along what was happening’
Project Souvenir? Curious name.
Were CSIS and the RCMP out to gather some souvenirs?Make themselves appear valuable to society, hard at work and worth the vacuuming of the taxpayer dollar?


“Rideout said the RCMP used a variety of techniques to “monitor and control” the accused throughout their conspiracy, though he said he couldn’t provide specifics now that the case is before the courts.”


“They took steps to educate themselves and produce explosive devices designed to cause injury and death. ... They discussed a wide variety of targets and techniques."

Who assisted the pair with their steps? Who did the pair discuss a wide variety of targets and techniques with? It would seem since they were monitored and controlled for months by the RCMP that the pair most likely discussed their wide variety of targets and techniques with none other then... the RCMP.
Doubtful there were talking this up in amongst the general public, so who else is there?

"Yesterday's arrests demonstrate that terrorism continues to be a real threat to Canada," Toews said in a statement.

"The RCMP has assured me that at no time during the course of this investigation was there an imminent risk to the safety of Canadians."


I couldn't imagine that there was an imminent risk to Canadians
Plenty of meme bombs dropped, sorry for that tasteless pun, I couldn't resist


Little is known about Nuttall and Korody, but it appears that Nuttall had an intense interest in music and had a history of cocaine and methadone abuse.

The pair had been renting a basement suite in a Surrey home for about three years, and their landlord, Shanti Thaman, said they appeared to subsist on social assistance.


Answers my question about the drug use of this pair. Nutall also having a fairly extensive criminal history.


NTS Notes: It should be obvious to everyone after reading this report that the clowns in the Canadian government are thinking Canadians are really this stupid that they will fall for this "terrorist attack" in British Columbia, much like the laughable great Choo Choo train blow up fraud several months back....

I am truly surprised that all of the Jew run news media here in Canada ran with this story for several days with almost non-stop reports of this plot and the people supposedly behind this plot.   This was done for pure propaganda to try to strike fear into the Canadian public that this country is now in the bulls-eye of "terrorsts", and therefore we here in Canada should give up some of our freedoms for more "security" much like what has sadly happened in the United States of America...

But the real laugher is the fact that the plotters were arrested on Monday, Canada Day, but not announced until Tuesday which is the start of a new "news cycle", exactly as Penny shows..... This is the dead giveaway that this entire plot is as phony as a three dollar bill!  And the fact that these two clowns behind this "terrorist plot" were heavily monitored for MONTHS before their so called "plot" to blow-up the BC Legislature,should have red flags up that this was all a set up and these two clowns are nothing more than patsies....

NTS
Posted by Northerntruthseeker at 7:33 AM

And whaddya get for being 'israel's' bitch: http://youtu.be/zBSPcIGGcIc Screwed!