It has been a while since I last put up any updates on the still dangerous situation with the failed nuclear reactors at the Fukushima Daiichi nuclear power station in Japan, and I figured that there was no time like the present...

I have watched the reports over the last week about the leaking nuclear waste storage facility pits at Fukushima with about as much disgust as everyone else.... It is troubling that now over 2 years since that horrific disaster, we are watching as Tokyo Electric Power Corporation (TEPCO) continue to struggle in almost vain attempts to contain the situation, and prevent any more radioactive contamination to the environment... But according to this new article from the Voice of America website, at www.voanews.com, it seems that TEPCO is now losing faith in the leaking Fukushima radioactive waste storage pits... And has had to admit that they are running out of places to put the highly radioactive waste water!   First, here is that article for everyone to view for themselves, and of course I have my own thoughts and comments to follow: 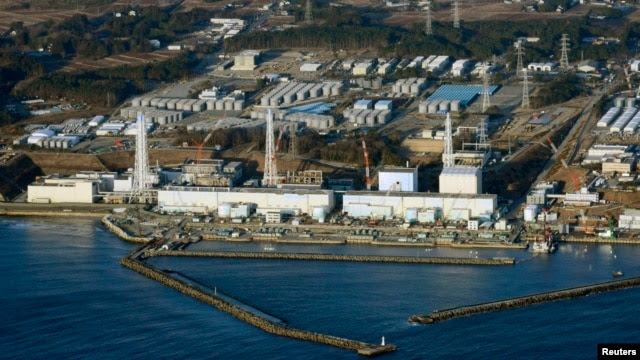 Reuters
TOKYO — The company that runs a Japanese nuclear power plant destroyed by a tsunami two years ago said on Tuesday it was losing faith in temporary storage pits for radioactive water - but it doesn't have anywhere else to put it.

Tokyo Electric Power Co (TEPCO) said it had found a new leak at one of the pits at the Fukushima Daiichi plant. Three out of seven storage pits are now leaking, compounding clean-up difficulties after the world's worst nuclear crisis in 25 years.

"We cannot deny the fact that our faith in the underwater tanks is being lost," TEPCO General Manager Masayuki Ono told a hastily arranged news conference.

"We can't move all the contaminated water to above ground [tanks] if we opt not to use the underground reservoirs," Ono said. "There isn't enough capacity and we need to use what is available."

A tsunami crashed into the power plant north of Tokyo on March 11, 2011, causing fuel-rod meltdowns at three reactors, radioactive contamination of air, sea and food and triggering the evacuation of 160,000 people.

Ono said on Monday TEPCO did not have enough tank space should it need to move the water out of the storage pits, which were dug into higher ground away from the damaged reactors and lined with waterproof material. The company has stepped up construction of the sturdier tanks, he said.

TEPCO said over the weekend about 120,000 litres (32,000 gallons) of contaminated water leaked from the No. 2 and 3 pits. The plant's cooling system has also broken down twice in recent weeks.

The government instructed TEPCO to carry out a "fundamental" review of the problems at the plant, Chief Cabinet Secretary Yoshihide Suga told reporters on Monday.

TEPCO's president, Naomi Hirose, was also summoned to the Industry Ministry to explain the leaks and got a public dressing down from the minister, Toshimitsu Motegi.

Immediately after the explosions at the plant, TEPCO released some radioactive water into the sea, prompting protests from neighboring countries. Many nations put restrictions on imports of Japanese food after the disaster.

It was the worst nuclear accident since the Chernobyl disaster in 1986.

Last month, a senior TEPCO executive said the company was struggling to stop groundwater flooding into the damaged reactor buildings and it may take as long as four years to fix the problem.

NTS Notes:  This is shocking news indeed, and shows that in spite of the media blackout, reports still leak through that show that the situation at Fukushima is still far from being under any sense of control....

Thousands of tons of highly radioactive water and no place to put it.... What is also missing is the fact that this situation will continue to magnify because TEPCO has had no choice but to continue to pour water over the failed reactor cores to  prevent any explosions or further release of radioactive particles into the environment!   What that means is that this waste water situation with leaking pits will only get progressively worse for years to come....

I am again truly dismayed by the nations of this planet rushing for war against innocent nations, instead of putting in a combined effort to actually contain and then fix this still dangerous situation at Fukushima.

Again, it is up to everyone to take this information and pass it around for everyone to see for themselves that we still face serious danger from this horrific situation and that will continue until governments get off their collective butts and actually do something about it!


Posted by Northerntruthseeker at 8:41 PM