Yesterday, Sunday March 4th, 2012, the so called US President, Barry Soetoro, went in front of the criminals in the annual AIPAC Conference in Washington DC, and did his usual grovelling to his masters by showing his undying love to Israel, and spewing the usual false rhetoric about how Iran is a threat that must be subdued. I never have seen so many lies and falsehoods in a while, and it just made me puke...

First, I want to present a great article from Saman Mohammadi, who writes the blog: The Excavator, at www.disquietreservations.blogspot.com.   It is entitled: "The Conspiracy Theorist In Chief: President Obama Shares Israel's Vision Of Terror And War Against Iran", and shows how the President of the United States has shown his true colors in bowing to his masters in spewing dangerous rhetoric in pushing for war against the peaceful nation of Iran!  I do of course have some of my own comments to follow:

The Conspiracy Theorist In Chief: President Obama Shares Israel's Vision of Terror And War Against Iran 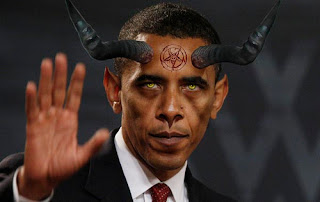 "The Devil's most devilish when respectable." - Elizabeth Barrett Browning.

"Following Israel’s direction, the real goal of Obama’s Iran policy is to make the Islamic Republic so weak that it could not ever act independently to constrain the United States or any of its allies from unilaterally using military force in the Persian Gulf or elsewhere in the Middle East." - Flynt Leverett and Hillary Mann Leverett, "Is Obama Preparing To Commit The United States To An Eventual War Against The Islamic Republic of Iran?" March 4, 2012.

"A nuclear-armed Iran is completely counter to Israel's security interests, but it is also counter to the national security interests of the United States. Indeed, the entire world has an interest in preventing Iran from acquiring a nuclear weapon," said President Barack Obama at the 2012 AIPAC conference in Washington. This statement was one lie among many in his speech to the war-loving tribes of Washington D.C.

Obama's speech was dangerous, irresponsible, and filled with fear-mongering rhetoric against Iran. He repeated the false rumour that Iranian President Mahmoud Ahmadinejad said he will wipe Israel off the map. What Ahmadinejad really said was more Reaganesque and less Hitlerian: "The Imam said this regime occupying Jerusalem must vanish from the page of time."

Saying that Ahmadinejad wants a second Holocaust is untrue and equivalent to saying that Obama is a secret Muslim, which is a false rumour that is irresponsibly spread by ignorant right-wingers in America and Israel.

There can never be peace in the Middle East if the President of the United States reinforces the validity of false claims, and acts as the Conspiracy Theorist in Chief instead of as a public educator and a bridge between worlds.

Facts matter to people who want peace and seek a safer future. Barack Obama's suppression of facts and repeated use of false claims about Iran's intentions towards Israel and the world proves that he does not want peace in the Middle East.

Flynt Leverett and Hillary Mann Leverett, two former senior officials in the National Security Council, explain why President Obama was never interested in normalizing relations with the Islamic Republic of Iran in their article on March 4, 2012, called, "Is Obama Preparing To Commit The United States To An Eventual War Against The Islamic Republic of Iran?" Below is an excerpt:


"Obama makes clear that, whatever he might have said as a presidential candidate or in his initial weeks as president, he has disavowed any meaningful interest in “Nixon to China” rapprochement with the Islamic Republic and will continue to follow Israel’s lead on the issue.  This confirms our assessment, first advanced in a New York Times Op Ed in May 2009, see here, that Obama was never serious about engaging Tehran.  The assessment has since been confirmed by some of the Wikileaks cables, see here and here; moreover, at least two former Obama Administration officials—Reza Marashi and Vali Nasr—are at this point on record saying that the administration was never serious about diplomacy with the Islamic Republic.

Now, Obama himself is telling the world that his campaign rhetoric about engaging Iran was a sham.  He recounts for Goldberg, “We, immediately upon taking over, mapped out a strategy that said we are going to mobilize the international community around this issue [the prospect of Iran obtaining a nuclear weapon] and isolate Iran.”  This is important in dealing with Netanyahu, because Obama wants the Israeli prime minister to know that he harbors no ambitions for a diplomatic breakthrough with the Islamic Republic—not even in a second term."

President Obama and his masters are playing a tricky game. They are perpetually lying about the Iranian threat to the West and the world, and the true nature of the war on terror. The war on terror has come to be one of history's longest nightmares and frauds to be perpetrated against the collective human psyche by a government or group of governments.

The totalitarian regimes in Washington, London, and Tel Aviv are able to stir up and sustain the Western public's irrational fear of the mythic Al-Qaeda, Muslims, and Iran because the notion of "security" has been turned into a public religion in America and the West. A person who questions the public religion of "national security" is deemed a heretic/conspiracy theorist, and banished to the wilderness.

The top officials in the U.S. and Israeli National Security States are not strategic analysts and security experts, but priests of mass destruction and mass death. Priests of all systems and all ages create sacred narratives like the official 9/11 story, invent unconquerable enemies such as "terrorism," and then use these religious devices to brainwash the society and inflame the passions of the warriors against critics and dissenters.

The day is coming when America's brainwashed warriors in the police and military will turn their swords against the domestic enemies of the priests of death in the U.S. National Security State, which is a wholly owned subsidiary of the private global banksters. They hijacked the will, spirit, and mind of America on Christmas Eve in 1913 when they forced the Federal Reserve Act through the people's House. They have evil intentions towards America and the world.

A century of state-sponsored atrocities, false wars, and evil lies has proven what type of monsters control America. In the criminal banksters' hands the greatest nation to have ever been created in history has been turned into a global engine of evil and destruction.

In order to complete their century-long crime against mankind and conquer the sovereign nation state, global private banksters have secretly instructed their agents Barack Obama and Bibi Netanyahu to wage total war against Iran.

This is not a conspiracy theory, but an evidence-based explanation for the current crisis between Iran and the West. The historical facts prove that total conquest of the world by the criminal banksters behind the Federal Reserve, not global security, is the motive for the fraudulent war on terror and the illegal wars against Iraq, Afghanistan, Libya, Syria, and Iran.

The national security of America and Israel, as well as the security of the entire world, has never been threatened by either non-state Islamic terrorists or Iran. The threat of a nuclear Iran to Israel and the West is purely rhetorical and political, as Noam Chomsky wrote on March 2nd in an article called, "What Are Iran's Intentions?":

There is little credible discussion of just what constitutes the Iranian threat, though we do have an authoritative answer, provided by U.S. military and intelligence. Their presentations to Congress make it clear that Iran doesn’t pose a military threat.
Iran has very limited capacity to deploy force, and its strategic doctrine is defensive, designed to deter invasion long enough for diplomacy to take effect. If Iran is developing nuclear weapons (which is still undetermined), that would be part of its deterrent strategy.

Iran is not an aggressive state, but the people of America and the West have been led to believe otherwise by Israel, the White House, and the media.

The education of the Western public that Iran is not a threat to the West remains an uphill struggle because the propaganda resources of Israel and the Pentagon are large enough to bend the minds of the public into believing that up is down and down is up.


"Despite American assertions that Iran is “internationally isolated,” it turns out that the boycott of that country is a solidly Northern Hemisphere phenomenon and only partially successful even there. The US-led sanctions on and boycott of Iran have largely been rejected in Africa,-Asia and Latin America."

It is clear that the warmongers Obama and Netanyahu are not succeeding in making Iran the symbol of evil.

Yes, there is evil in the world, but the biggest forces of evil are hiding inside the criminal private Federal Reserve System, corrupt U.S. and British shadow governments, CIA, MI6, Mossad, AIPAC, and the extremist Likud Party in Israel.

These evil mass murderers want war, not peace; slavery, not freedom; a worldwide dictatorship, not national democracies and republics; mass ignorance, not public enlightenment; conquest, not cooperation; evil, not good; darkness, not light; treason, not patriotism; death, not life; terror, not security.
Posted by Saman Mohammadi at 11:09 PM

NTS Notes:  For those who missed it, I have the video of this Israel shill at the AIPAC conference right here... Please do not puke:

I am truly surprised that this man was ever "elected" as the US President.  I found this speech absolutely revolting and riddled with so many lies, that I actually stopped the video because I had enough of listening to the constant lies...

The fact is that this clown cares not for the American public, and will shortly have the United States fighting a war against Iran under false pretenses.   The result will be thousands if not millions of American men and women fighting and dying again for the glorious state of Israel!

Again, I really must ask when the hell the American public will say "Enough!" and actually do something to stop these criminals and their push for World War III.   That time is long overdue...

NTS
Posted by Northerntruthseeker at 8:06 AM

Read about Iran's Nuclear Weapons Hoax here: http://www.veteranstoday.com/2012/03/04/liar-netanyahus-official-briefing-iran-has-no-nuclear-weapons-program/
Keep up the great work.
From a fellow Canuck abroad who doesn't recognize what the "True North Strong and Free" has morphed into.