To my readers: I have been suffering from flu like symptoms for the last week, and only now am feeling much better.  This is why my articles have been few and far between.   I want to thank everyone for their patience in the meantime....

Now on to new business... The Global Warming scam is being exposed at a rapid pace now into being one of the greatest frauds of all time.  The whole purpose of this massive swindle has always been to introduce new taxation onto people everywhere on this planet so that an "elite" group of criminals could get filthy rich.  Greed has always been the order of the day when it comes to scaring people into believing that the planet is warming due to human influences.

With that in mind, I want to introduce a great new article, from www.newenergyandfuel.com, entitled: "The Incredible Global Warming Scam Gets Hit Again", that I want to place here in its entirety for my own readers to view.  Here is that article:

October 18, 2010
For the scientifically adept and honest people global warming is a huge embarrassment.  Not only have the main base perpetrators been caught but also the institutions that house their activities have gone deep into the coverup.  It’s just too much money to let integrity rule their actions.  The global warming scheme has tens of thousands of people employed even though that seemingly high cost is miniscule compared to the harm to billions of people the stage two schemes of corrective measures would force on the innocent.  A taxpaying family is out a few dollars each year now but the corrective measures could get to hundreds of dollars per month.
Its something far more dangerous that low intensity wars would be.  Yet media and leadership are out of touch.  Integrity be damned, so to speak.
Not everyone is lost.  Some, only a few, get the message and act to preserve the integrity of science.  It’s hard to resist all that money and notoriety.  Al Gore is famed on falsehoods, sort of that Gary Hart idea “you can get real famous in just two weeks,” comment taken to a whole new level.  That fame mixed with fear has flooded the scam with money.  That leaves those with integrity out in the wilderness shouting at the emptiness.
But for those with an age past needing the career funded or the integrity to stand up to the snake oil sales pitch a little can be done.  When its somebody very highly regarded, with an impeccable reputation and is slapping down a U.S. national association – its news – and an act worth our attention and respect.
But not by major media news in the U.S. so it’s up to a viral spread.
Harold Lewis, Emeritus Professor of Physics at the University of California, Santa Barbara has resigned from the American Physical Society. Here is short version of the Lewis career pedigree: Emeritus Professor of Physics, University of California, Santa Barbara and former Chairman; Former member Defense Science Board, chairman of Technology panel; Chairman DSB study on Nuclear Winter; Former member Advisory Committee on Reactor Safeguards; Former member, President’s Nuclear Safety Oversight Committee; Chairman APS study on Nuclear Reactor Safety Chairman Risk Assessment Review Group; Co-founder and former Chairman of JASON; Former member USAF Scientific Advisory Board; Served in US Navy in WW II. 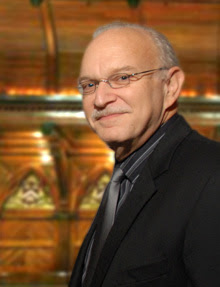 People need to understand once and for all that there is absolutely no man made "Global Warming", and that the perpetrators of this fraud are criminals.   This planet is totally dependent on the solar radiation output from its Yellow Dwarf star, the Sun, and right now the Sun's output is down.  This is a natural cycle that has been happening for billions of years!

I am still waiting on any word from the main criminal involved in this massive fraud, Saint Al of Gore.   It does seem that we finally have him and other criminals involved in this swindle on the run.   Lets not be fooled again by anyone pushing this hoax!

NTS
Posted by Northerntruthseeker at 7:48 AM

I think that were a full, open and honest investigation (that'll be the day!) done of these global swindlers and their international crime syndicate, Slimy Al would be revealed as the "public face" frontman, (just as with ObamaYoMama for e.g.) and behind him, concealed in the chilly shadows, would be uncovered the usual shyster real big time international criminals. Same as always.

Slimy Al is just another of their long, long list of useful idiots, I would say. Guilty as hell, but still nothing but a useful idiot donkey to them.