From The Files Of Absurdity, Volume CL: More Phony BS From SITE About The DEAD Guy

Osama Bin Laden is DEAD, period.   He has been dead and buried for almost 9 years now.   That is fact.   There is absolutely no way a dead guy could be making the constant flow of audio message tapes that for a very strange reason always magically appear when the US or Israeli governments need them the most to generate fear in the general public of the possibility of another phony attack by "Al-Qaeda".
But again, lo and behold, here comes another article about the dead guy.  I want to present the following piece of pure propaganda BS, courtesy of www.dailymail.co.uk, where is seems that the dead guy has ordered an attack against the UK!   This is absolutely laughable and preposterous, but here is that article for my own readers to ponder:

By DAVID WILLIAMS
Last updated at 11:29 PM on 1st October 2010
Osama Bin Laden personally ordered commando attacks on Britain, U.S. intelligence chiefs believe.
The Al Qaeda leader is said to have sent a directive to his planners several months ago naming the countries and the type of attacks he wanted.
Bin Laden’s direct link to the plot was released by intelligence officials via National Public Radio in the U.S. yesterday. 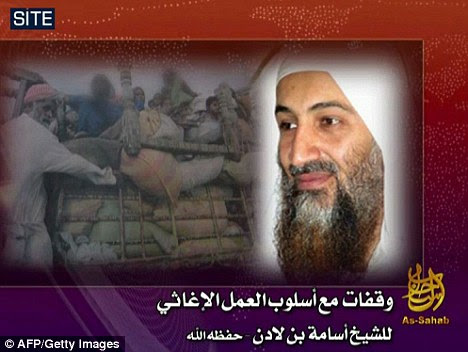 Mastermind: Osama bin Laden is said to have been behind the plot to launch attacks on European cities
It came 48 hours after details of how missile strikes fired into militant camps by unmanned drones in Pakistan’s tribal area had disrupted the planning of the Al Qaeda operation.
Two British brothers of  Pakistani origin – one of whom was reportedly killed in the drone strikes earlier this  month – and eight Germans were said to have been receiving terror training for the raids in camps near Pakistan’s  border with Afghanistan. France and Germany were also targets.
Gunmen had planned to open fire on crowds at busy European tourist sites and take hostages at hotels in a plot that would have marked a new style of attack by Al Qaeda. 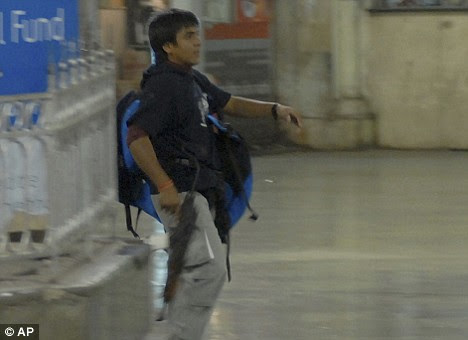 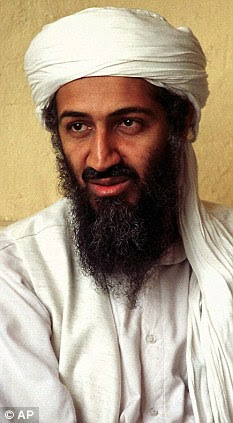 Wanted: An audio tape purported to be from bin Laden has been released where he criticised Muslim governments for spending too much on their armies
The attacks would have been similar to the Mumbai atrocities of November 2008 which left 173 dead after a series of ten co-ordinated shootings and bombings carried out by Muslim fanatics from Pakistan.
‘We know that Osama Bin Laden issued the directive,’ National Public Radio quoted an unnamed intelligence official as saying.
‘And if he issued the directive, we just don’t believe that the U.S. wouldn’t be on his shortlist of strategic targets.’
An intelligence team is said to have been tracking the two British brothers for nearly a year and the Germans for more than six months.
‘They have been making calls to Germany and London,’ an intelligence official in Pakistan said. ‘They have been talking about and looking for facilitators and logistics there to carry out terror strikes.’
Both European and U.S. officials said the plot was still in its early stages and not considered serious enough to raise the terror threat level.
In Britain it remains at severe, meaning a terrorist attack is highly likely.
Details of the plot are said to have emerged following the arrest of a German citizen of Afghan descent, Ahmed Sidiqi, 36, in Kabul in July. He is said to have supplied details of Al Qaeda training camps used by Europeans and of plans to carry out attacks in Europe.
Last year he and several others Germans travelled to the Afghan-Pakistan border and joined the Islamic Movement of Uzbekistan, and extremist group allied with Al Qaeda.
An audio tape, thought to be of Bin Laden, has been released criticising relief efforts following floods in Pakistan and calling for action against climate change.
The message, entitled Pauses with the Method of Relief Work, was broadcast with a video of images of Bin Laden and of natural disasters. Its authenticity could not be confirmed.
NTS Notes:  This is getting absolutely ridiculous.  Anyone with any intelligence can see that the criminals in SITE are putting out this constant stream of BS purposely just to get the dumbed down people to again support the just as phony "War on Terror".
Hasn't anyone finally noticed that the only organization that magically comes up with these "Bin Laden tapes" is the criminal organization, SITE, which is run by an ultra-Zionist Jew named Rita Katz?   Gee... What are the odds?
More propaganda just to try to scare people again.   This one definitely belongs in my Files Of Absurdity for the audacity of these criminals to again try to push this BS on people.
Now again, readers, facts are facts:  Osama Bin Laden Is DEAD!   He has not risen from the dead, and there is no chance that he will ever rise from the dead!
More to come
NTS
Posted by Northerntruthseeker at 11:27 PM

NTS, If you keep this up you risk waking the comatose sheep.

(Maybe you'll even wake Osama from the dirt nap he's been having for the past 9 years, and will continue in for evermore. Keeping company with Benazir Bhutto most likely, who you will remember made the fatal mistake of telling the world he was dead and was herself conveniently and permanently silenced a month later. Just coincidence, of course.)

Maybe he will come back as a Zombie!!!

I used to love Zombie movies, like Dawn of the Dead, Night of the Living Dead....etc....

Maybe they will have Osama bin Dead as the newest Zombie that will go out and eat the brains of people... But obviously not those who still believe him to be alive, because those people have no brains!!!

Perhaps they have a genius in the propaganda department (Hollywood division) who can spin it that Osama bin Gone actually directed 9/11 from a cave on the moon (with a very long-range lap top), where he had fled via a recycled Apollo spaceship, as he was convinced the Earth will disappear up its own wazoo in a deadly cloud of Al Gore inspired hot climate change verbal gas?

No doubt a majority of the American zombie public would buy that if it is packaged just right to fit within their 10 minute sound-bite attention span and shown on their true God, TV.