Who Is Behind The Terrorists? One Guess! (Is It Not Obvious?)

When I surf the Internet looking for amazing articles, facts, and truthful information, I sometimes check out Mike Rivero's site: www.whatreallyhappened.com for the latest news and articles pertaining to the sickness that we find in the world. Mike does a fabulous job with this website, and I do encourage readers to take a look daily at updated material. I may not always see eye to eye with Mike on all subjects, especially with the fake Apollo Moon Program, but many of his articles are important in the fight against world Zionism.
In one of my last articles, I made it clear that Terrorism is a fraud and has been purposely created by the criminal state of Israel to further their own goals of Middle Eastern domination, and as a way of striking fear into people so that they will be gullible enough to support "wars on terror". For this article, I want to enclose a great piece from Mike Rivero, that I actually came across through www.desertpeace.wordpress.com. This article is entitled: " Who Is Behind The Terrorists? One Guess!" It is factual, and contains many links to other source material. Here now is that article:

WHO IS BEHIND THE TERRORISTS? ….. ONE GUESS! 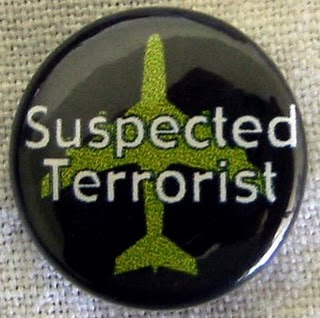 WHAT IF ISRAEL IS BEHIND THE TERRORISTS?

Just for a moment, I want you to consider the possibility that maybe 99% of the terrorists in the world are manufactured fakes, a bloody theater to serve the interests not of fringe groups, but of entire nation-states?

Now before you laugh and head off to get a coffee, just stop and think for a moment. Would any real group of oppressed people needing the support of world opinion to affect change intentionally set out to commit such an horrific atrocity that it destroys that very support?

Let us say that Nation A is being cruelly oppressed by Nation B. Nation A has succeeded in winning world sympathy and support for the harsh and cruel treatment they suffer at the hand of Nation B. Then all of a sudden, there is a “terror” attack, and it look like Nation A has struck out at Nation B, killing a lot of innocent people. World sympathy for Nation A vanishes in an instant and shifts over to Nation B, the perceived victim.

Why would Nation A do such a stupid thing?

The truth is, nation A would not do such a thing. The benefit of the terror attack points to the real culprit, which is Nation B engaging in what is called a “False Flag: attack; committing an act of atrocity in order to blame it on the enemy. Examples of false-flag attacks would include the bombing of the King David Hotel in 1946, carried out by members of Irgun dressed as Arabs, the Lavon Affair in 1954, carried out by Israeli agents but blamed on Egypt, and the attack on the USS Liberty in 1967, which had it succeeded, was also to be blamed on Egypt.

Nation A is, of course, Palestine, and Nation B is Israel, and it began to be obvious that there was a pattern in the so-called “terrorist” attacks which always seemed to occur just when public opinion was starting to favor the Palestinians, just in time to thwart the Palestinians’ desire for a nation of their own, always just in time to swing world opinion back to Israel’s continuing theft of Palestinian lands.

So who are the terrorists really working for?

‘Mossad capable of US attack’: US Army officials

Hamas Was Founded by Mossad

Group that took credit for “Bandini Bomber” linked to Mossad.

How Mossad Deceived the U.S. Military on 9/11

A Look at the Mossad’s Assassination Squads

Mossad was found to be propping up ‘Islamic terrorist’ groups in mid-east.

Mossad implicated in a coup plot in Turkey, a NATO country

Attack On US Embassy In Yemen Linked To Mossad

9-11 Mossad Agents Admit Mission: “Our Purpose Was To Document The Event”

Only people actually arrested on 9-11 were Israelis

Mossad Link Found to One of Key 9-11 Hijackers

Is Hizbullah a Mossad front?

Israel tricked the US into attacking Libya

When Israel attacked the USS Liberty they tried to frame Egypt for it.

The Lavon Affair: Israel has a history of faking terror attacks.

If HAMAS is so bad why did Israel create it? To demonize Palestinians?

Israel stages all these “terror” attacks to trick America into hating Israel’s enemies.

Written For What Really Happened

NTS Notes: People have been inundated constantly with Zionist Jewish media reports of "terrorist attacks" and fear of "terrorist groups". It is useful propaganda on people by using the psychological effect of fear. The real "terrorist" criminals know this, and they continue to exploit that fear for their own gains. Constantly when any of these so called terrorists are exposed, they are always either CIA operatives or Mossad agents!
So when the question becomes: Who are the terrorists?, the answer is clear. The terrorists are almost always phony, and in almost all cases Israeli Mossad agents! But it makes sense when you realize the whole sick game that Israel continues to play on the world for their ultimate goal of a "Greater Israel" and total domination over the Middle East.
Lets hope that people get the message and when another so called "terrorist" attack takes place, they will now know exactly who is to blame!
More to come
NTS
Posted by Northerntruthseeker at 9:36 PM