The COVID-19 Hoax: Young People Targeted By COVID-19 Bullshit To Die Early - By Way Of "Deaths Of Despair"

Well, we are now approaching 33 full weeks of insane 'lockdowns' and 'restrictions' for this province of mine, Manitoba thanks to this scam-demic fraud... And to make matters worse, but the criminals in charge here in Manitoba have now unleashed a 'CODE RED' alert status for this province claiming that this non-existent 'deadly virus' is now 'out of control' and they are basing all of this on COUNTING INFLUENZA CASES to fudge their 'numbers'!  It is sheer madness and nothing but lies and distortions...

Over the last while I have been watching my own son who has now shown signs of suffering from the consequences of this fraud scam-demic... He cannot go out and socialize with other people in their early 20's and has NO chance for the moment of even trying to date.... He continues to be worried about his very future, and even though he knows this is a huge scam-demic, he also worries about his friends as well... He has told me that some of them are suffering from depression now and that some are indeed worried about there being NO future for them all!

And yes, I have written extensively in my daily Manitoba reports that destroy these criminals' official numbers that these pricks are causing such severe havoc and damage to the mental state of so many people, that many have indeed taken their own lives already through suicides... Of course the criminals in charge are NOT divulging those REAL DEATHS caused by their insanity, and to me this is because they know that the death toll from people destroying their own lives for right here in Manitoba is many times gr greater than their "75 deaths" (at the time of this writing..) that they false claim is from this 'deadly virus'!

And I am not alone in worrying about the mental health of people, and especially the effect this scam-demic is having on our youth... For I want to present the following important report that comes courtesy of my fellow Canadian real truth seeker, Greencrow, who hails from the wilds and parts unknown of southern British Columbia, and writes the blog "Greencrow As The Crow Flies" at www.greencrowasthecrowflies.blogspot.com... Her article is entitled: " Young People Targeted By COVID-19 To Die Early - By Way Of 'Deaths Of Despair" and I have it right here in its entirety for everyone to read for themselves.. I do have my usual additional thoughts and comments to follow: 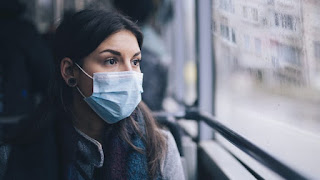 Young People, Not Used to being Lied to and
Systematically Manipulated by their Governments,
are not doing well during the CovID-HOAX

The Bullshitters like British Columbia's Bonnie Henry wring their hands and cry crocodile tears about every new so-called "case" diagnosed via the Fraudulent PCR testing system.  Meanwhile, young people have been dropping like flies from the anti-social effects of the inhumane lockdown policies.  The "health" professionals never mention this epidemic of preventable deaths during their "crisis" press conferences.  Please read the following analysis and I will have more comments to follow:

The notable increase even surpassed the jump in excess deaths of older Americans, who are at much higher risk of COVID-19 fatality.

TRUTH LIVES on at https://sgtreport.tv/
"Since such young people are at very low risk for COVID-19 fatality — 20-49-year-olds have a 99.98% chance of surviving the virus, per CDC data — it has been suggested that the shocking increase in deaths is largely attributable to deaths of “despair,” or deaths linked to our “cure” for the disease: lockdown measures.

Former Food and Drug Administration (FDA) Commissioner Scott Gottlieb, one of the most vocal and earliest proponents of lockdown measures, admitted this much during a Wednesday news appearance.

“I would suspect that a good portion of the deaths in that younger cohort were deaths due to despair, due to other reasons,” admitted Gottlieb (see video below).

“We’ve seen a spike in overdoses, and I would suspect that a good portion of those excess deaths in that younger cohort were from drug overdoses and other deaths that were triggered by some of the implications of we’ve gone through to try to deal with COVID-19.”

Critics roundly mocked President Donald Trump early in the pandemic for warning about excess deaths of despair under lockdown.

Public health experts and others are now increasingly calling for an end to heavy-handed measures, citing a growing body of evidence that such policies are having drastic negative impacts on Americans’ physical and mental health.

Possibly the starkest impact has been the worsening of another U.S. health crisis: the opioid epidemic. Deaths from opioids were already rising as initial estimates from the CDC show 2019 to be the worst year on record with roughly 71,000 deaths.

The crisis has worsened across more than 40 states during the pandemic, according to an analysis of local news reports by the American Medical Association.

From the start of the year to the end of August, preliminary counts of overdose deaths have jumped 28% in Colorado, 30% in Kentucky, and 9% in Washington state over the same time frame last year, according to The Associated Press.

Calls to suicide hotlines spiked amid the pandemic as people, isolated at the direction of public health officials and scared of contracting COVID-19, suffered anxiety attacks and mental breakdowns.

Calls to the Disaster Distress Helpline, which offers emotional support to people amid a natural disaster, jumped 890% in April compared to April 2019. Local law enforcement and health agencies in places such as Fresno, California, and Los Alamos, New Mexico, are reporting significant increases in death by suicide, sometimes as high as 70% in a month.

Many distressed callers reached out after losing a job or even their house after government-mandated closures plunged the U.S. to its highest unemployment rate since the Great Depression.

Stay-at-home orders devastated small businesses and pushed an estimated 8 million Americans into poverty, according to a recent study from Columbia University.

By the end of August, for example, Yelp found that 97,966 small businesses were forced to close their doors permanently because of lockdown restrictions.
***************
Greencrow:  Every time you see one of those professional W.H.O "virtual assassins" on TV spouting off the bullshit lies about how terrible the numbers of "cases" of the CovID HOAX are, think about all our young people who have been the victims of their lies, and have killed themselves by way of overdose or other acts of self harm because they saw no future on this planet anymore.
Drs. Fauci, Dr. Tam and Dr. Henry are modern day Dr. Mengeles.  Like the official story goes about the Nazi concentration camp doctor...they are also doing horrific "experiments" on humans.  The CovID-19 HOAX is the worst experiment ever done on humanity by members the so-called medical community.  I will soon be posting about the emerging African catastrophe, news about which is now coming out of the African countries--who have been under lockdown for months.  The deaths from effects of the lockdown are already in the millions.
Isn't it time we arrested these Dr. Mengeles and call a halt to their genocide???
Posted by greencrow at 11:11 PM

NTS Notes: I absolutely agree with so many points that Greencrow presents in this article, for it can be safely stated that the 'suicide hotline' here in Manitoba as well has had calls from young people rise dramatically where many are indeed thinking that there is NO future thanks to this scam-demic and are indeed wanting to put an end to their lives...

And yes, some of the only reports that I have seen for where I am right here in Manitoba is the exploding number of cases of those who have overdosed on illicit drugs or even prescription drugs, also caused by the severe mental damage generated by this never ending scam!

I also agree with Greencrow when she states that the criminals in charge of this madness are truly bastards and should be in jail for this never ending crime against humanity... My only point of contention is where Greencrow uses "Doctor Mengele" as a comparison of their evil, but Greencrow is probably unaware that the famous "Doctor Mengele" was actually a DENTIST who happened to be in the Auschwitz camp at the wrong time and was NOT this supposed "doctor of death" that the fraudsters continue to claim so wrongly in our so called "history books".. A more accurate comparison of evil doctors of genocide would probably be a few of the madmen of the former Soviet Union.....But other than that small error, the facts that Greencrow does present here are indeed spot on!

The fact remains that we are watching our youth being destroyed by this entire fraud...And that alone should have a lot more people out there right now demanding that their crooked governments stop this insanity right now and put an end to the criminal lock downs immediately....

Posted by Northerntruthseeker at 9:21 AM