While The World Is Still Focused On The Phoney Paris Attacks, Russia Again Demonstrates Its Military Power By Launching A Cruise Missile Attack From A Submarine!

Yes, the world wide Jew spew media is still so focused in on the fraud Paris "terrorist" attacks that there has been a lot going on elsewhere around the planet that should make people take notice.... One such incident just occurred in Syria with a brand new Russian cruise missile strike against "ISIS" targets... But this is one that even the American military should stand up and take notice...

For according to the following report from the Fort Russ website, at www.fortruss.blogspot.ru, the Russian military just launched a barrage of cruise missiles at "ISIS" targets from a diesel electric submarine in the eastern Mediterranean Sea!   I have that article right here for all of my own readers to view for themselves, and I do have my own thoughts and comments to follow: 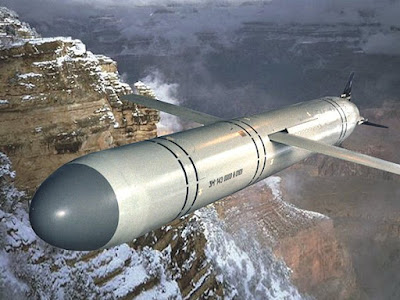 Russia struck ISIS capital with "Caliber" cruise missiles from the submarine in the Mediterranean sea. This is the first in history practical use of such weapon. Russia responded to the confirmation of the terrorist attack on plane A321 in Egypt.


Russian diesel-electric submarine "Rostov-on-don", making the transition from the Northern fleet to Novorossiysk, struck targets near the Syrian city of Raqqa, the capital of the banned in Russia "Islamic state" from the Eastern Mediterranean sea with "Caliber" cruise missiles, told RBC a source close to the Defense Ministry.

The results of the strike are being analysed using aerial and space intelligence. According to the source, the strike was made after the order of the President of Russia Vladimir Putin to intensify attacks on terrorists in connection with their involvement in the crash of the Russian plane A321 in Egypt.

The targets of the strikes were training bases, the headquarters, warehouses with weapons and ammunition, and points of concentration of militants. The attack was executed on a ballistic trajectory at an altitude of several kilometers, in order to avoid incidents with the busy shipping in the Mediterranean.

Strike from a diesel submarine "Rostov-on-don" was the first application of cruise missiles launched from a submarine on real enemy objects in the history of the Russian armed forces, said the RBC source.

There were no official confirmations of a new strike on ISIS from Moscow. First it was reported by the Western media. The French newspaper Le Monde, citing the French Defense Ministry announced the launch from the Mediterranean sea of Russian cruise missiles on Raqqa, without identifying the carrier of the missiles. According to the publication, the launch of missiles occurred on Tuesday morning, November 17.

Reuters with reference to US officials reported that Russia warned the American side about simultaneous strikes with sea-based cruise missiles and strategic bombers.

Yes, I can guarantee that the US military is again taking notice of Russia's technological advancements in their military equipment and their capabilities... In many cases Russia's military capabilities are indeed superior to America's own....

I do believe that this action was indeed a clear message to the American psychos in the Pentagon that if they continue to pursue an insane world war against Russia, the Russians are no pushovers, and they, the Americans, could indeed be on the losing end in such a war!

Posted by Northerntruthseeker at 2:38 PM

Of course the US would come running to Heeb land like the lost puppy that they are. They'd also look like the pathetic controlled clowns that they are as well.....for all the world to see,

Alot of people think Putin is crazy, since they watch the MSM to get their info of what's going on in the world. It's amazing how Russia and Europe have changed places since the fall of the Berlin Wall. Now Europe is under an authoritarian "Union", and Russia is a real democracy. Russia is about Russian values and culture, Europe is about everyone else's values and culture but their own. People that want to champion Putin have criticized him for putting WWII revision laws on the books, but here's what I think about that. Putin has access to all the Soviet records of WWII, so if anyone knows the truth about Auschwitz, it's him. He also has an excellent relationship with Merkel, who speaks fluent Russian. Something tells me that he's sitting back with a pile of documents, and when the time is right, he's going to plop them on her desk and tell her that it was all a lie when Israel pushes this ISIS crap too far. Let's hope so.