The Charlie Hebdo "shooting" was indeed a false flag attack where NOBODY got killed... It was a sham and a disgusting propaganda exercise conducted on the French people, where the result will be much the same as what has happened here in North America... Removal of peoples' personal rights and freedoms...

But there is another more sinister aspect to this fraud "shooting" that I first questioned two articles ago, when I asked the question as to why the French and the British are suddenly putting security forces into place to protect the Jews ONLY.... To me, this alone shows how truly diabolical this sinister tribe of "chosen ones" truly is in that they think they are so privileged over all other people and religions.... It has been shocking that there has not been any real outcry by this move at all!

Now, it appears these criminal Jews are pushing these "security" concerns one step even further.  For according to this report from the Jew spew online news service, the "International Business Times" out of the United Kingdom at www.ibtimes.co.uk, it appears that the criminal Jews are now going to call on their puppets in the European Union to pass new laws to allow Jews and Jews alone to carry guns in public for their "protection"!    I have that disgusting article right here for everyone to see for themselves, and I do have my usual thoughts and comments to follow: 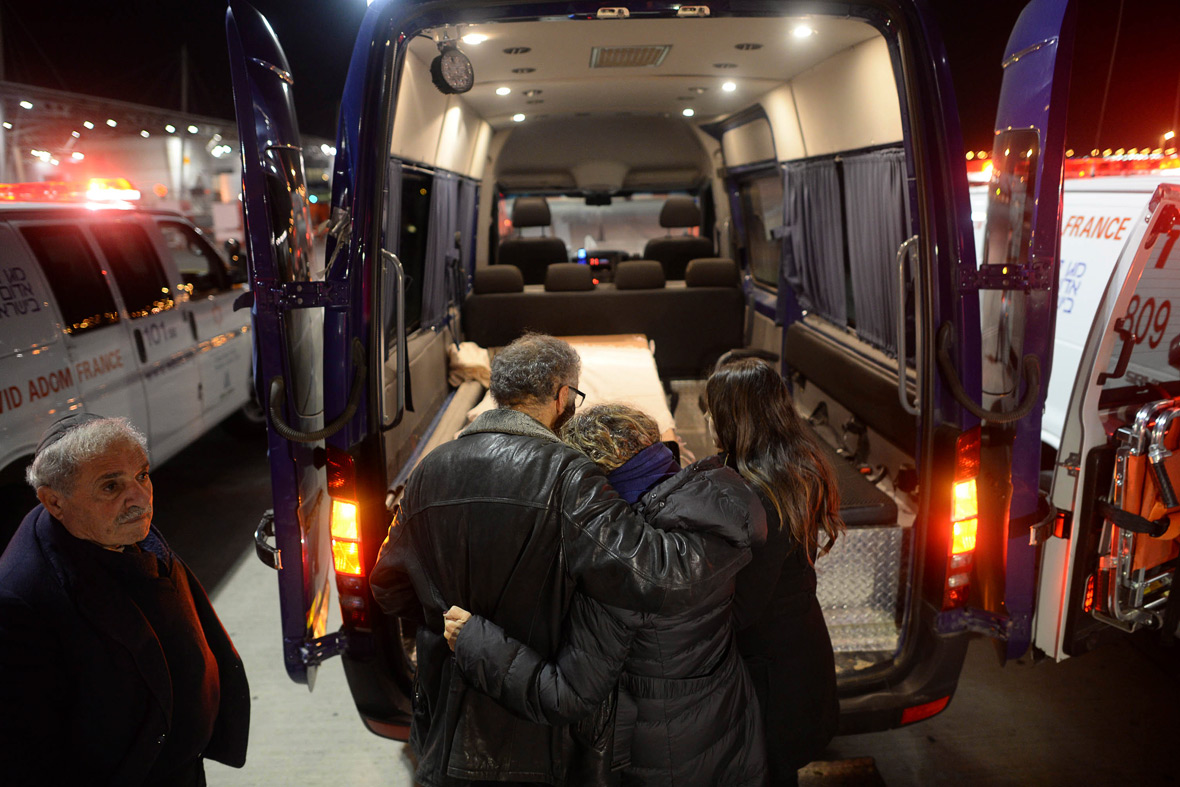 A prominent Jewish rabbi has urged the EU to pass legislation giving special licence for Jewish people to carry guns.

Rabbi Menachem Margolin - director general of the Rabbinical Centre of Europe (RCE) and the European Jewish Association (EJA), which is the largest federation of Jewish organisations and communities in Europe - sent a letter to the governments of all the EU countries.

The letter, obtained by IBTimes UK's sister publication Newsweek, reads:  "We hereby ask that gun licensing laws are reviewed with immediate effect to allow designated people in the Jewish communities and institutions to own weapons for the essential protection of their communities, as well as receiving the necessary training to protect their members from potential terror attacks."

The call was made a few days after France was rocked by terror attacks, one of which targeted a Jewish grocery store in Paris in which four hostages were killed.

Amedy Coulibaly, the gunman who was later killed by French police, allegedly told a French journalist during the siege that he had targeted the store "because it was Jewish".

During an interview with Newsweek, referring to the rise of increased anti-Semitic attacks throughout Europe, Rabbi Margolin said they "have revealed the urgent need to stop talking and start acting" and there are "warning signs of anti-Semitism, racism and intolerance that once again threaten Europe and our European ideals".

He then explained that a license to carry a weapon would make the Jewish community feel more secure as "right now Jews do not feel safe".

"[The police] are not doing enough, for sure. We just need more. The best solution is having at least two police officers at each Jewish institution, 24 hours a day. Until that happens, we need to be able to feel secure in other ways."

He added weapons would all be registered: "We will be under the supervision of authorities. It would be completely controlled in the most professional way."

On the type of weapon, Rabbi Margolin said: "Even just a gun. I'm not referring to tanks, it's not about heavy weapons. It's just that everyone would have something in their pocket."

Rabbi Margolin, who criticised Israeli prime minister Benjamin Netanyahu for calling for French Jews to "come home" to Israel, said he is arranging meetings to discuss the campaign in the following weeks.

He said: "The Israeli government should not make people panic. Immigration is not the solution to the terror."

NTS Notes:  THIS is one heck of a wake up call for everyone... These disgusting creatures are now demanding that they be allowed to "protect" themselves from the fraud "terrorists" above and beyond everyone else... They are falsely claiming of course that this measure is necessary due to the "4 Jews" that were (NOT) "gunned" down at that deli during the Paris attack.... We now know that since nobody died in this Paris shooting, then the "4 Jews" gunned down at that deli was also part of the hoax....

I have to again ask why in the hell these people are suddenly so "special" that they be allowed to have exclusive rights to arm themselves.... But watch as the Jew controlled nations of Europe now pass these laws to allow these criminals to openly carry guns.... Considering how truly psychotic these criminals are, to give them guns would definitely allow them to kill all those who oppose them without any warrant!

I called it right when I said in the last report that there is more to this than meets the eye... These criminals are indeed using the fraud "Charlie Hebdo" shooting as a pretext to now arm themselves from the Gentiles that are now waking up to their criminality against all mankind....  I said in my last report that this arming is now necessary due to the fact that full economic collapse of the entire world is now at hand, and with that collapse the people will be out in the streets and going after these criminal Jews for being the cause of our demise.. It is no wonder these monsters are now demanding that they be armed to protect themselves for their criminal actions...

Wake the hell up, everyone...


Posted by Northerntruthseeker at 8:11 AM

It's the neo-Bolshekvism in action. When the Jews only get weapons, the murders start.

I could not agree more, Buelahman...

This is so eerily similar to the 1917-1921 Jew revolution in Russia where the Jews alone had guns, and in their psychotic nature killed people without any justification!

These murdering scumbags are psychotic and insane.. Makes sense to give them guns???

One has to look no further than occupied Palestine to see what happens when only Jews have guns.

"This is why Monsanto's whores, the US government, keeps attacking Russia and its allies: Russia's President Putin Signs GMO Labeling Liability Law"

But NTS, you are overlooking something. This honorable rabbi really wants two armed police officers stationed at every Jewish institution twenty-four hours a day. If we go for the small arms for every Jew and not the two police officers we'll be getting a great deal! I say arm the Jews.