Independence For Scotland: Vote YES On Scottish Independence -Scotland Finally Has A Chance To Get Free From The British!

For a change of pace in terms of my articles here at this blog, I figured I would chime in on the vote that is coming this week, the 18th of September, for Scotland to vote for independence from the United Kingdom.

For the longest time, after the call for vote on this referendum was cast months ago, the NO vote was well out in front, which at the time meant that the people of Scotland were satisfied with the "status quo" and originally were going to cast their vote to stay in the union... However, some major changes have occurred over the last few months and now all polls show the YES vote for Scottish independence out front and actually widening their lead over the declining NO vote.... It does appear that as of next Thursday, the 18th, the people of Scotland will have voted and strongly said "YES" to finally after 307 years of "union" with England, Wales, and Northern Ireland, to put in motion the separation of Scotland into an independent nation....

Before I do give some of my own honest opinions about this Scottish independence vote, I want to present the following important article from Michael Snyder, who writes for the Investment Watch Blog online news site at www.investmentwatchblog.com.  The article is entitled: "Vote YES On Scottish Independence -Scotland Finally Has A Chance To Get Free From The British", and I have it right here for everyone to view for themselves.. I do have my usual thoughts and comments to follow: 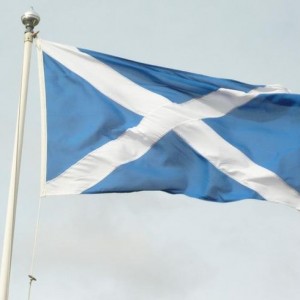 and independent of England forever.  All they have to do is vote yes next week.  Without a doubt, a divorce from the British would be quite messy, and life would probably be more comfortable in the short-term if Scotland remains part of the United Kingdom.  But hopefully the people of Scotland are looking beyond short-term concerns.  Today, the United Kingdom is a horribly repressive Big Brother police state that is dominated by bureaucratic control freaks.  You can hardly even sneeze without violating some kind of law, rule or regulation.  And the London banking establishment is at the very heart of the debt-based global financial system which is enslaving so much of the planet.  Scotland finally has a chance to get free from all of this.  All it is going to take is a yes vote on Scottish independence.
It looks like it is going to be an incredibly close vote

.  Recent polls show that the result could go either way.  Needless to say, this is causing the British establishment to freak out quite a bit.
For example, a couple of large banks

The Royal Bank of Scotland announced Thursdaythat it is making contingency plans to move its legal incorporation to England in the event of a “yes” vote. In addition, Lloyds Banking

Group said it had made arrangements to establish “new legal entities” in England should voters in Scotland decide to sever ties with Britain.

Standard Life, the pensions company, disclosed that it was planning to move part of its business to England to protect its customers, while BP and Shell backed expert predictions that North Sea oil will have all but run out by 2050. It also emerged that nearly $2-billion has flowed out of U.K. equity funds

in the past two months amid heightened uncertainty over what separation would mean for the economy.

Honestly, it is probably true that there would be some short-term economic disruptions for Scotland.
But in the long run the Scottish would probably be in quite good shape considering how much of the North Sea oil they would own.  Just check out the following excerpt from a recent Bloomberg article…

The discovery of North Sea riches in the 1970s planted the seed of modern-day Scottish nationalism as supporters of independence cried “It’s our oil!”
Four decades later, nothing will be more important to the economic future of Scotland than the oil industry should the country vote to end the 307-year union with the rest of the U.K.
Reserves of oil and gas would be split, possibly along the so-called median line, already used to allocate fishing rights. The division would hand the Scots about 96 percent of annual oil production and 47 percent of the gas, according to estimates for 2012 by the University of Aberdeen’s Alex Kemp and Linda Stephen cited by the Scottish government.

What most British politicians won’t tell you is that it would probably be the British that would suffer the most economically in the short-term and in the long-term.
In fact, if there is a yes vote for Scottish independence it is being projected that the value

Adam Memon, the head of economic research at the Centre for Policy Studies, said: “The principal immediate threat would be to sterling and the stability of the financial

markets. The recent selloff is a mere warning of what may come if the Scots actually do vote for independence.”
Threadneedle Investments said: “Given the constitutional and economic uncertainties attached to a potential break-up of the UK, a vote for independence would be likely to deliver a negative shock to UK financial assets

and lead to meaningful currency weakness.”

And actually, the Scottish are not going nearly far enough with this vote for independence.  For example, according to Yes Scotland a newly-independent Scottish government would continue to have allegiance to the Queen…

The Scottish Government’s proposal is that the Queen remains Head of State in Scotland, in the same way as she is currently Head of State in independent nations such as Canada, Australia and New Zealand.
This would be the position

for as long as the people of Scotland wished our country to remain a monarchy.

Speaking as an American, let me say that getting rid of the British monarchy has worked out exceptionally well for us.
Hopefully the Scottish people will make a similar decision sooner rather than later.
If Scotland does indeed end up voting for independence, it could give momentum to similar movements all over Europe.
Just this week, hundreds of thousands of Catalans took to the streets in Barcelona to demand the right to vote on independence from Spain…

Thousands of Catalans have rallied in Barcelona, Spain, demanding the right to hold a referendum on independence.
Participants, waving Catalan flags and wearing the flag’s red and yellow colours, stood in a V-shape formation, indicating their desire for a vote.
Protesters were energised by Scotland’s forthcoming independence referendum – and many also waved the Scottish flag.
The regional government has called a referendum for 9 November. The Spanish government says the vote is illegal.

Could we end up seeing a number of new nations emerging from the chaos that is about to engulf Europe?
This is clearly not what the establishment wants.  In fact, George Soros says that “this is the worst possible time” for Scottish independence.
That alone is a really good reason to vote yes.
Personally, I am rooting for the Scottish people on this one.  I truly hope that they are finally able to win their freedom.
The people of Scotland have been pushed around by the British for centuries.
Now they finally have a chance to stand up to the tyranny of London.
They finally have a chance to get free.
Let us hope that they take it.


NTS Notes:  Honestly, I see absolutely no problem with the people of  Scotland wanting their independence from British rule…..

The facts are clearly laid out in this article that Scotland will indeed be prosperous with their citizens casting a Yes vote.   The initial headache of separation and momentary economic downturn will subside very quickly, and within a few years, Scotland itself would be more economically strong than the rest of the United Kingdom thanks primarily to the massive oil wealth in Scottish waters….

This vote for Scottish independence is also important in that it may finally signal the break up and the end of the criminal Rothschild controlled Economic Union and European Union themselves… Other nations such as Spain and Italy are watching this vote closely, because a Yes vote will signal the people of Catalonia in Spain, and Venice in Italy, to go forward with their own independence referendums…. A Yes vote will lead to more nations' people rightfully vote to get away from the economic servitude and dismay imposed by the fraud EU and to seek prosperity without any commitments to that Jewish run empire….This is why the criminal Jews have a lot at stake by this vote and are working their media overtime to paint doom and gloom if a Yes vote in Scotland does occur….

In fact, the Yes vote for Scottish independence should be a signal for the English themselves to declare their own independence from the Jewish run and very fraudulent British crown that has done nothing but bleed the nation's wealth away..  Subservience to the fraud British crown that is presently run by a pedophile murdering Jewess that has absolutely not one drop of true English blood should end immediately.  The ill gotten money that these fraud "royal" criminals have robbed from the British and all members of the "Commonwealth" should be seized and return to the people themselves….

So, to my friends and readers in the United Kingdom… Let the Scottish people decide their future and without interference from the British parliament in London…. As I have already stated, Scottish independence could indeed signal for the English people themselves to finally take a good hard look at their own nation and hopefully have them do away with both the criminal British crown, and the European Union, that have brought their own nation to economic ruination…

Again, I look at this as a vote for self determination for people and these people have every right to vote for their future without outside interference.  Let it be so for the people of Scotland…

NTS
Posted by Northerntruthseeker at 6:59 PM

What "Independence" is that then?

Scotland will still have the queen as head of state! Yes supporters seem to think that she is some sort of benign figurehead with no real power. They need to do a bit more research.

Scotland will still have the £sterling and the Bank of England as it's central bank! Again the Yes supporters need to do more research. The clue is in the name.

Scotland will not have sovereignty without these 2 key issues under their control. The "Independence" on offer under this current deal is not sovereignty. Scots should accept nothing less

Er.. the Scottish are British.